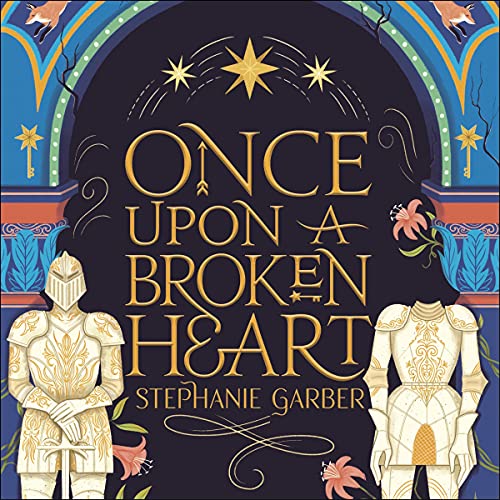 Once Upon a Broken Heart

How far would you go for happily ever after?

From the number one Sunday Times best-selling author of the Caraval series, the first book in a new series about love, curses and the lengths that people will go to for happily ever after.

For as long as she can remember, Evangeline Fox has believed in happily-ever-after. Until she learns that the love of her life is about to marry another and her dreams are shattered.

Desperate to stop the wedding and heal her wounded heart, Evangeline strikes a deal with the charismatic, but wicked, Prince of Hearts. In exchange for his help, he asks for three kisses, to be given at the time and place of his choosing.

But after Evangeline's first promised kiss, she learns that bargaining with an immortal is a dangerous game - and that the Prince of Hearts wants far more from her than she pledged. He has plans for Evangeline, plans that will either end in the greatest happily ever after, or the most exquisite tragedy....

"Enchanting and mysterious." (Renée Ahdieh, New York Times best-selling author of The Wrath and the Dawn)

"A dazzling mix of mystery, romance, and magic." (Karen M. McManus, number one New York Times best-selling author of One of Us Is Lying)

I didn't love the Caraval Series but I wanted to give the author another try, so I went and got this one.
Sadly, I didn't really like this story either. To be honest, it drove my A LITTLE crazy how freaking shifty and winey the heroine was. She literally never just sat her mind to one thing and went after it with all she had instead she let everyone push her into different directions and then complained when things went bad. Like when she lost her first love to someone else and made the dumb deal with the prince of hearts which end badly, than meets another guy whilst trying to escape the price of hearts, things are weird but she still thinks "she can make it work" and it just gets worse after that. It doesn't have the some 'wtf is happening' energy that Caraval had but it was still a little too uncoordinated for my liking. And I don't like, that we don't really get a conclusion to the relationship with the prince of hearts. I know that is to create excitement for the rest of the series but (for me) it just meant, that i didn't get invested into their relationship. Overall it was a miss for me. The only really good thing for me was the reader, Rebecca Soler. I know not everyone likes her accent but I like her voice and style of reading and the way she brings the characters to life. Plus she read one of my all-time favourite series, the lunar chronicles, so I will love her forever.

I couldn't stop listening to the audiobook! I'm waiting impatiently for the next book.

I quite like the story but the performer with the annoying American accent is hard to listen to.