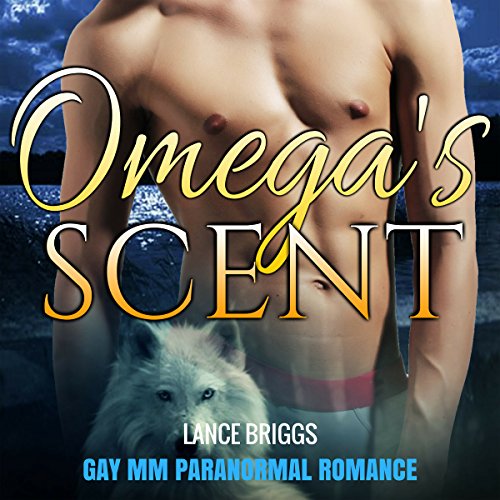 Taylor Harris was a Varsity football player at Hudson Gray College. With a ball player's hard body, blond hair, and blue eyes, he was the typical all-American. But Taylor had a secret and it was that he wasn't a man at all. He was a wolf shifter bent on playing football at least at a college level. The son of the Prime Alpha of Hudson Valley Pack and the next in line for that position, Taylor wanted to live in the wider world before he was pulled into the private community of his shifter pack. But when a new roommate, Austin Greene showed up at the beginning of the semester Taylor's life takes a dramatic turn.

Austin Greene was a gay man who worked long and hard to get admitted as an architecture student at Hudson Bay College. Raised by a financially struggling single father, Austin took after school jobs and summer jobs to raise money for tuition to college. When he got to Hudson Bay he was dismayed to be paired with ultra-masculine Taylor Harris as a roommate. But that amazement soon turned to annoyance when Taylor took every opportunity to make Austin's life difficult. But all that changed when Austin began to feel extremely strange. And when Taylor informed Austin he was an Omega wolf shifter, made to mate with an Alpha and bear pups, he thought Taylor was crazy. Or pranking him.

But other shifters on campus have had their eyes on Austin as well and had an entirely different purpose in mind for him. Can Taylor protect the young shifter from those that would do him harm? And can they navigate the tricky relationship between a shifter who knows what he wants and a shifter who doesn't know who he is?

This was beautiful- too short is my only problem. It didn't even feel rushed - it just flowed and ended.
This being my first and only review- I highly recommend... As a women I especially recommend it to straight guys who don't know what consent is... Taylor should be everyone's role model - he's that guy who's so perfect- it hurts he doesn't exist.

This book continues the story of eastern pack shifters. It’s not as good as the first book but there are cute parts and the story is an easy read. However, it ends abruptly with an okay ever after and leaves you wanting a little more.

I am trying to give this series a real chance. The storyline is interesting . It's just either not well written or the performance is making the story not great.

I think I like this book better than the first one...sort of. The independence of Austin was refreshing and the concern for choices presented by Taylor was equally pleasing. The whole Omega construct and the dominance of their hormonal drive and the effect they have on Alpha's is a bit much...but I have adopted the concept. If I had an issue, it was how the Omega's scent could change a straight man, gay. That was a bit beyond the bar...but putting that silly little inclusion, the story was a good one. A nice way to spend a few hours and being able to receive a happily ever after...

I wasn’t sure if I would like this book just because they are very short but in the end I enjoyed this book very much the characters are very well written. The omega is funny never know what coming out of his mouth. Great book

The first book in this series was very amateurishly written, but this one shows a ton of improvement. It is an enjoyable story that is fairly solidly written, though there are still some cringey parts and a few parts where the names were mixed up. There isn't much of the two MCs getting to know each other, but that is typical for omegaverse/shifter stories, and I liked the way the Alpha in this one cares for the well-being of the omega. Both of the MCs are likeable, and their chemistry is sexy. I'm glad I got to listen to this as part of the Romance Package, because otherwise it would be too short to waste my credits on, but as part of the package it was a fun short mm romance to listen to in one morning.
Overall, highly recommend for those who enjoy cute mm shifter stories.

it is worth it really