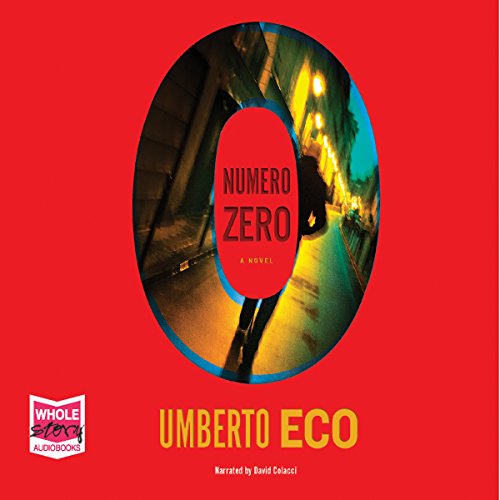 It's 1992. Colonna is offered a fee he can’t refuse to ghostwrite a memoir. His subject, Braggadocio, is convinced that Mussolini’s corpse was a body double and part of a wider Fascist plot. When a body is found stabbed to death in a back alley, even Colonna is jolted out of his complacency.

Fuelled by conspiracy theories, Mafiosi, love, corruption and murder, Número Zero reverberates with the clash of forces that have shaped Italy since the Second World War.