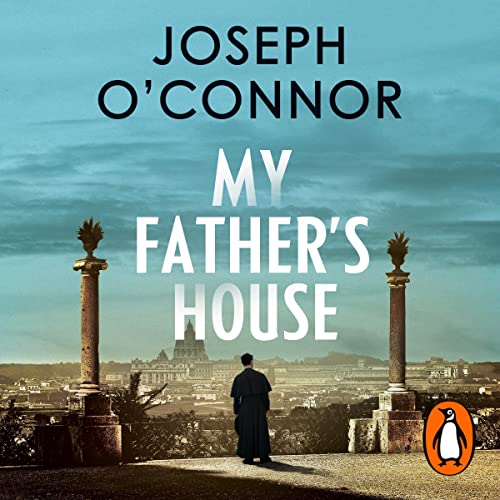 An Irish priest, Hugh O'Flaherty, dedicates himself to helping those escaping from the Nazis. His home is Vatican City, the world's smallest state, a neutral, independent country within Rome where the occupiers hold no sway. Here Hugh brings together an unlikely band of friends to hide the vulnerable under the noses of the enemy.

But Hauptmann's net begins closing in on the Escape Line and the need for a terrifyingly audacious mission grows critical. By Christmastime, it's too late to turn back.

Based on an extraordinary true story, My Father's House is a powerful literary thriller from a master of historical fiction. Joseph O'Connor has created an unforgettable novel of love, faith and sacrifice, and what it means to be truly human in the most extreme circumstances.