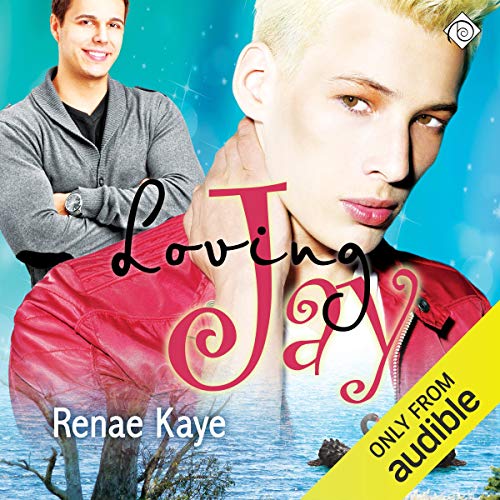 One thing Liam Turner knows for sure is that he's not gay - after all, his father makes it very clear he’ll allow no son of his to be gay. And Liam believes it, until a chance meeting with James "Jay" Bell turns Liam’s world upside-down. Jay is vivacious and unabashedly gay - from the tips of his bleached hair to the ends of his polished nails. With a flair for fashion, overreaction, and an inability to cork his verbal diarrhea, drama queen Jay must have a screw loose.

An accident as a teenager left Liam with a limp and a fear of driving. He can’t play football anymore either, and that makes him feel like less of a man. But that’s no reason to question his sexuality... unless the accident broke something else inside him. When being with Jay causes Liam’s protective instincts to emerge, Liam starts to believe all he's known in life has been a convenient lie. From intolerance to confrontations, Liam must learn to overcome his fears - and his father - before he can accept his sexuality and truly love Jay.

Yes, it is an Aussie book, so expect the narration to go with that, but very sweet book about family, coming out, and being accepted.

His voice was perfect for the characters

Who was the most memorable character of Loving Jay and why?

This was a great story with a British accent. I thought it dealt well around the issues of a young man realizing he was gay. Then dealing with telling family and then public. It still amazing how so many people are still dealing with their issues homophbia. Love between two people is what it is all about and we surely need more love in this world no matter where or who it is all about.

This is a great little love story

What did you love best about Loving Jay?

The fun descriptions of how J behaved and his personality. The way he and Liam interact and the protectiveness awakened in Liam are too fun.

What was one of the most memorable moments of Loving Jay?

The bashing of J and Liams' reaction were very touching. The you tube video bit caused tears in my eyes.

My favorite scene was when Liam comforted J in the kitchen after his grandma passed.

Who was the most memorable character of Loving Jay and why?

Jay himself was the most memorable character. He is a fun person who would be great to have around.

In the past I have returned a book read by this narrator. He was awful on that one. Here he is very good. If you too have heard his reading of Tigerland and been put off him, give this book a chance. Where that one had little differentiation between the different characters this one is easy to tell which character is talking.

Where does Loving Jay rank among all the audiobooks you’ve listened to so far?

What's not to love ? A shy closeted former football player pursuit of an openly gay man. This book was funny, honest,and purely a special book. I was glad to use a credit on this one.

What was one of the most memorable moments of Loving Jay?

When Jay told the story on how he missed the train on purpose to just talk to Liam.

Have you listened to any of Dave Gillies’s other performances before? How does this one compare?

I loved his accent and he made funny passages exciting.

Would love to find out what Liam brother and Jays sister get into. I hope theirs a novella. Or book 2. Imagine Jay with kids and pets.

I loved the audio book even more than the e book and the e book was a 5 star read. The narrator put in a masterful performance and really brought these men to life. I really helps that he is Australian for this very Aussie book. This is just a sweet, sexy story about, Liam, a man coming to terms with his sexuality while lusting after a very flamboyant man on his daily commute. They strike up a friendship but Jay thinks he is straight. Everything changes when Jay suffers a gay bashing. Jay and Liam's courtship is sweet, but realistic, filled with fun, humor, family drama and an oh so feel good ending.

Loved this one so much!

This audiobook was very entertaining. The narration was perfect (although none of my Aussie pals really sound like this at all) and that's important because it's written in first person.

It's funny and charming and completely adorable.

My first book from this author but certainly not my last!

A fun and light coming out story Aussie style!

What did you love best about Loving Jay?

Loving Jay is a sweet love story, a boy meets boy coming out tale with great build up and a satisfying finish. It is not great in terms of literature, but it pulled me in from the start. It has many of the usual inner struggles of a closeted gay man finding his way through shame and fear of losing family. It also has some almost too good to be true reactions in it that although idealistic were refreshing. It kept Loving light hearted and fun and that's what this book is: fun and light. It is enjoyable. I like Liam and through him found Jay engaging and lovable even though he can be a blabber mouthed, self centered, fashion and make over obsessed, walking stereotype. His patience at just the right moment made him round out enough to be a great character and worthy of what Liam becomes. Sidebar- someone should tell author Jay Bell that they used his name for a character! The brotherly love and mothering were sweet. The other plot devices like the bashing and death of a loved one provided great opportunities to make everything more real, even if they were cliché. The book was better than the sections that were so explicit one could only describe them as erotica. I enjoyed them but wondered if the book should have done more or less of it and picked a side. Listen to the audiobook and the great narrator with his Aussie voice and you will fall for it.

What other book might you compare Loving Jay to and why?

Something Like Summer by Jay Bell for the coming out and finding true love aspect. The characters in both feel so real.

What does Dave Gillies bring to the story that you wouldn’t experience if you just read the book?

The Aussie accent made me enjoy it very much. His voices, inflections and passion came across well. I'd listen to another of his audiobooks.

When Liam was not allowed to go I to Jay's hospital room and couldn't find out any information about him. Heartbreaking.

I've been waiting to experience this book for months and am happy to report that it was well worth the wait and I will be happy to listen to it again in the future.

i love a good romance that includes a fun effeminate character. The narrator was excellent as well. I have listened three times and will go back and listen more in the future.

Finally, a wonderful love story. This was just what I have been looking for. Yay!!! Beautifully written and narrated.