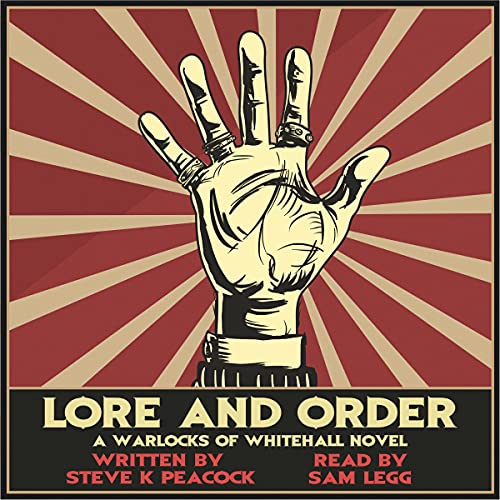 "A sardonic, down-to-earth protagonist eases readers into a world of magic." (Kirkus Reviews)

Humberside City, nestled in the north of Britain, is on fire, and it has taken a few weeks for anyone to really notice. The fire brigade have been doing their best, as have the other emergency services, but whoever is behind the fires has been systematically running them ragged. Whitehall is worried. Something doesn’t add up, so they’ve dispatched a warlock - a former illegal mage, pressed into service of the government to deal with matters of the arcane - to look things over.

Jameson Parker is that warlock, and he’s pretty okay with that. His freedoms might be heavily restricted, and any unauthorised use of magic means he’ll be struck down dead instantly, but it could be worse. He gets more or less free rein to swan around Humberside like the big I am, and it gives him a way to atone for his less than stellar past. He’s better off without magic, and he knows it.

But is magic better off without him? The warlocks of Humberside don’t seem to think so, and there are rumblings that, as well as the fires, something big is about to go down. Jameson is not best pleased.