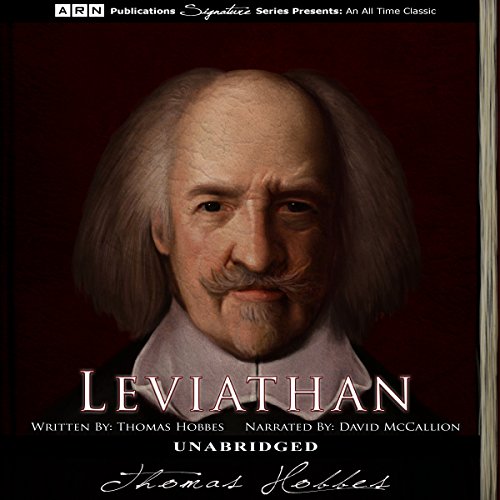 Published in 1651, Leviathan is considered to be one of the most important works of political philosophy and a major contribution to the modern idea of central government. In the mid-17th century, England was going through a turbulent time of change and unrest, which likely shaped Hobbes' ideas on strong government.

Thomas Hobbes established the social contract theory. He believed that self-government did not create the ideal state due to the human tendency to be self-serving, something he believed would eventually lead to chaos. According to Hobbes' ideas, an ideal society includes a strong government that can promote order and therefore peace.

Although best known as an English political philosopher, Thomas Hobbes contributed to a variety of field, including physics, ethics, history, and theology. In spite of his belief in society's need of sovereignty, Hobbes is also known for some of his more liberal ideas, such as the right of the individual and the equality of all men.

For the philosophical minds

The works of Thomas Hobbs is food for the conservative mindset and Leviathan is no exception. Some interesting beliefs he had were focused around backing up the monarch’s absolute right to rule, yet at the same time, he points out that a monarch’s power is given to him by his subjects and that without those subjects, there would be nothing to rule.

Another interesting point is the idea that happiness in one’s life mostly depends on how one views life and their particular circumstances. For example a peasant can be more content than a king if that peasant views the glass as half full as opposed to half empty. Hobbs also makes the assertion that tyranny will always fail because no ruler will stand for long without the support of his subjects.

Although the language and syntax are quite old, and can make this a long and drawn out book (text wise), David McCallion did a wonderful job with the narration… Those philosophical thinkers who make the effort to study this book will not regret it.

Can take a bit getting used to

The language used in the edition read is an older type of English, so can take a bit to get used to. To this, a lot of of space is dedicated Abrahamitic ideological doctrine. Nevertheless, that aside, it does contain some interesting passages and the narrator does a good job.

not worth listening to unless you are a 1600' brit

the whole 22 hours is performed in old english language. It is very difficult to keep paying attention to this booring reader, and the language.

Author's book is overrated. I

I did not care for the author's message. I did not think it was original, nor did it add to my understanding. I was looking for new philosophy as of the time of the writing. Instead, I found an opinion paper merely restating a 'might is right' philosophy.

This is an unnecessarily long book and the author spends far to much time defining terms whose meanings are well known.

All the above being said there is a great deal of wisdom and history in this book. The book originally interested me from a political perspective but I was pleasantly surprised by the deep philosophy and biblical commentary.

Well worth the read but be prepared.

presentation needs a bit of work, diction is sometimes lost. can't blame the guy too much as Hobbes is by nature pretty dry.