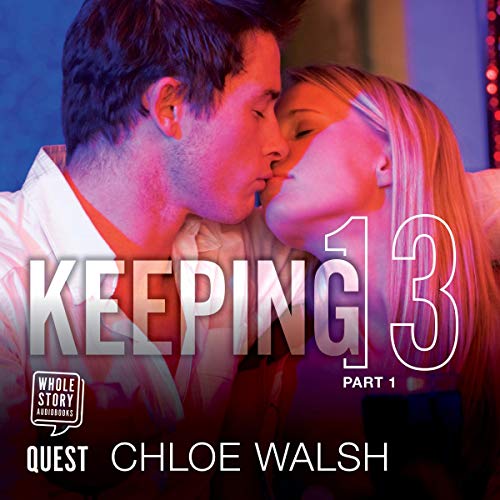 Friendship, first love, rising fame, horrifying secrets and pain all fuel together as two teenagers from the opposite side of the tracks collide in Keeping 13: Part One, the concluding story for Johnny and Shannon.

Following a devastating injury that has left him side-lined and stripped of his beloved number 13 jersey, Johnny is struggling to hold on to his dreams. Lost, insecure and desperately seeking comfort, he sets his sights on unravelling the mystery of the girl with the midnight-blue eyes.

With his best friend, Gibsie, by his side, Johnny embarks on his quest of exposing the secrets surrounding the girl who haunts his every waking hour. Secrets are exposed and lives are changed forever in Keeping 13: Part One, the explosive sequel to the best-selling audiobook Binding 13.

I believe this is the first book series that compares to one of my all time favs in this genre (Fallen Crest series By Tijan)
I absolutely LOVE Johnny & Shannon, especially Johnny. The side characters are wonderful too, Joey, Gibsy, Clare and Shannon’s lil bro Ty whom I think is going to be a great more developed in the next book.! While Shannon comes off as a little young and overly naive in many situation, it’s understandable given her history.
This Chloe Walsh series is a serious gem! She is an awesome author with incredible books on audible like the Carter kids series and Pocketful series! I really hope audible puts ALL of her books on audio! I will happily purchase every series by this author!
❌⭕️❤️❌⭕️❤️❌⭕️❤️