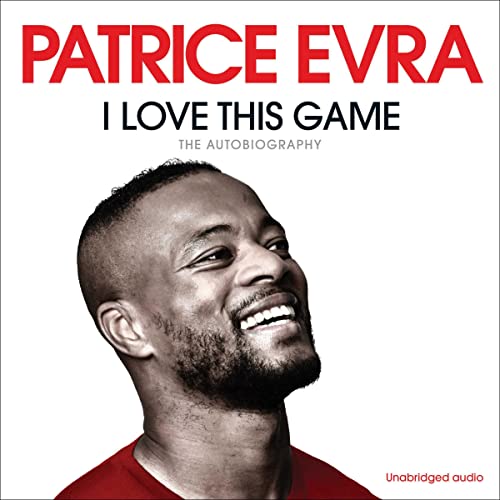 I Love This Game

In I Love This Game, the long-awaited autobiography of Patrice Evra, the former Manchester United and France star looks back on a remarkable life and career. Having played alongside some of the club's greatest legends, such as Ryan Giggs, Cristiano Ronaldo, Wayne Rooney and Paul Scholes, in one of United's most successful eras, Evra has now found a new role as an in-demand pundit and social media star.

But, as he reveals in this frank, often shocking, but always compelling memoir, beneath the surface things were not so simple and he had to fight all the way to get to the top. Initially, it was football that saved him from being sucked into the gang culture of his tough neighbourhood of Les Ulis in the suburbs of Paris. Then, once he achieved his dream of becoming a professional, he had to deal with racism and a notorious dispute with Luis Suarez; he also became a central figure in the infamous 'strike' by the France national team in the 2010 World Cup, and there was the moment he launched an attack against a Marseille fan while warming up.

'I love this game' has become Evra’s catchphrase. Throughout this wonderful book, his passion for his sport shines through and there are revealing and entertaining behind-the-scenes insights about the players and managers he’s worked with, from Sir Alex Ferguson to Paul Pogba, who knows him as Uncle Pat. With infectious enthusiasm and sharp observation, Evra takes the listener where few football autobiographies dare to tread.

Feels like an honest biography. Candid, with twists for laughter. Unanswered questions answered, which gives Evra’s point on a lot of situations. Especially about the Liverpool / Suarez altercation.