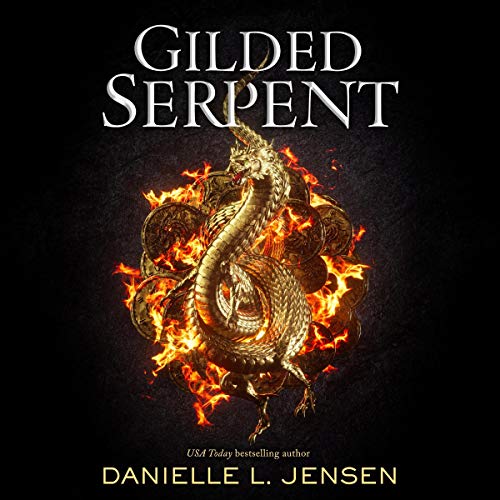 From best-selling author Danielle L. Jensen comes a thrilling new novel in the Dark Shores world, a series that Sarah J. Maas called "everything I look for in a fantasy novel".

Their battles ended in victory....

Lydia returns to Mudaire to enter training at the healing temple. But instead of fighting to save lives, she’s convinced she is doing more harm than good. She delves into the history of the gods only to discover a truth that will change her life forever.

His birthright as commander of the Royal Army is finally in his grasp, but Killian feels anything but victorious. Burdened by his past, he embraces the darker side of his mark - and in doing so, risks starting a war.

But the war has only just begun....

Having defeated the tyrant Urcon, Marcus struggles to form a lasting alliance with the Arinoquians. But he is plagued by the knowledge that there is a traitor among his friends, and it could cost him everything that he’s fought for.

Torn between her growing allegiance to the 37th legion and her need to liberate her people, Teriana finds herself mired in a web of secrets. She embarks upon a path that will either save everyone she loves - or put them all in their graves.

Listeners may listen to either Dark Shores or Dark Skies first!

Danielle does it again!!

Simply amazing stories and love the way that they are coming together! Can’t wait for the next book!

Danielle has brought the first two books Brilliantly together in this third book in the series. Tension, romance, betrayals, surprises and cliff hangers are through this book and cannot wait to see what happens next.

I wish it had ended very differently on every single front! I was looking forward to pieces that didn’t happen but all in all it was good

I enjoyed every bit and could hardly pause listening until I got to the end. The ending was kind of abrupt and I felt let down. I hope the follow on book is exciting to the end.