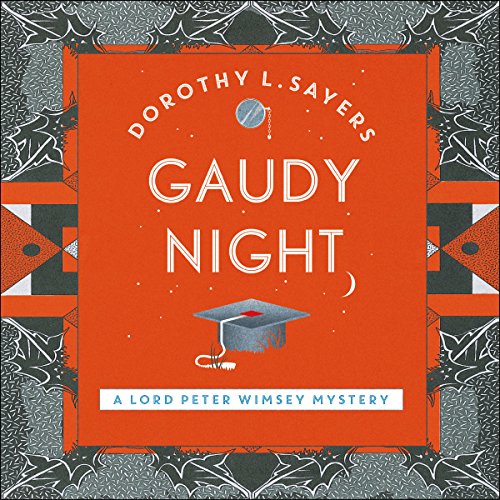 The best of the golden age crime writers, praised by all the top modern writers in the field including P. D. James and Ruth Rendell, Dorothy L. Sayers created the immortal Lord Peter Wimsey. The twelfth book featuring Lord Peter (the third novel to feature Harriet Vane) is set in an Oxford women's college.

Harriet Vane has never dared to return to her old Oxford college. Now, despite her scandalous life, she has been summoned back....

At first she thinks her worst fears have been fulfilled, as she encounters obscene graffiti, poison pen letters, and a disgusting effigy when she arrives at sedate Shrewsbury College for the Gaudy celebrations.

But soon Harriet realises she is not the only target of this murderous malice - and asks Lord Peter Wimsey to help.

"I admire her novels...she has great fertility of invention, ingenuity and a wonderful eye for detail." (P. D. James)

a murder of a lovely book by narration

This is such a beautiful text, full of humor, intelligence, period details and the loveliness of Oxford. And it was brutally murdered by a shrill, humorless, staccato narration. Nothing in the world could make me dislike the heroes and the book itself, but I have to say money was wasted on this production.

As she already did all of the books, there is obviously no chance of another try in the nearest future with a different narrator. Such a pity.

I've adored this novel for 20 years. This reading of it made me dislike Harriet and Peter.

Run to the end of the story

jane Sayers reads too quickly which detracts readers attention. Story is weakened significantly as a result

Downloaded two of Sayers’ novels in this series but probably won’t add more- I love the books but the although the narrator has a pleasant enough voice, she doesn’t really do dialogue or characterisation well, or really bring Sayers’ witty, elegant writing to life. I like the fact it’s unabridged, but I’ve heard better narrations or dramatisations

Lord Peter Whimsey at his most vulnerable and best

This will forever be my favourite of the series, not least for the beautiful language.

I bought this book because it had very good reviews. I found it very boring, with large parts that do not contribute to the story or enchant the reader.