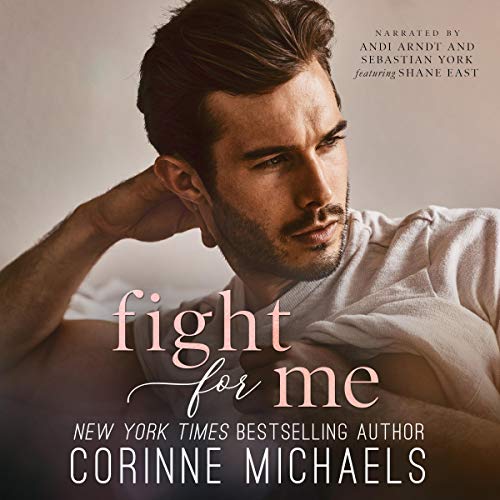 I fell in love with Sydney Hastings when I was 10 years old.

At 16, we whispered promises of forever.

When I was 22, I broke them all. I left her and promised never to return.

After my father's death, I’m forced to go home to Sugarloaf for six months. She'll be everywhere, no longer just in my memories and regrets.

When we’re together, it’s as though time never stopped. She’s still the one I want, but I don’t deserve her. Instead of apologizing, I take that beautiful, broken woman in my arms. But after that, it’s her turn to leave me.

TOO MUCH FRICTION - NOT ENOUGH SPARK

Giving a book two stars means it was an okay listen - which it was.. but I was expecting a five star great listen not an okay listen from this talented author. Yes, there were splashes of beautiful sentiments, tender sweet heartfelt loving words and a drop or two of passionate pastimes.. but they were in-between hours and hours of “I love him but”.. “I love her but”.. “I’ve begged him but he doesn’t want to stay”.. “I don’t want a wife or children and I’m not staying”.. etc etc etc. Oh, I got the ‘bigger picture’ as to why and who made him that way but come on.. really! nearly a whole book of the same got tedious real quick and I just wanted to smack their heads together to knock some loving sense into the pair of them. Or option b also crossed my mind where I’d say: stop pinning and crying woman, grow a pair, put your ‘don’t shit with me’ tee shirt on and harden up coz this man clearly doesn’t deserve you. And for him I‘d say: you can take your handsome face, your downtrodden dark mood, your earth-shattering kisses and your negative attitude back to your beloved NYC Mr. Party pooper.

Worth a credit? Sadly, for me, this storyline was more annoying than it was enjoyable therefore it’s got to be a no.. but I’m sure this’ll be a book that some will love and some will not. Good dual POV narration though :)

I love this story and love the narrators! I love Sebastian York, Andi Arndt and Shane East. All my favorites!

WOW WOW WOW WOW WOW WOW WOW WOW WOW WOW WOW WOW WOW WOW WOW WOW WOW WOW WOW WOW
I don't even know where to start about how AMAZING this book is book is! I stayed half night finishing it because there was no way I could put it down. What to say about Declan other than he is everything. He is the brooding and oh so protective of everyone he loves but he is broken underneath it all. He just doesn't realize it. Sydney is smart and strong but she has never really healed from Declan breaking her all those years ago. The pull these two have is so strong that once they are forced back together, things just explode. There is NOTHING that can break that bond no matter how hard they fight it. It was wonderful watching Declan learn he is not the person he thought he was for the last 8 years and is everything Sydney knows him to be. Declan and Sydney are everything together. He never loses his protective side but he has so many reasons to be protective over his family. This is a MUST read!

The first book and narration was amazing. This story was just okay, there was too much back and forth. Sydney was so wishy washy with her feelings...I want him but won't fight for him, I'll fight for him for about 5 mins and then I will run and then when he wants me I will be like ahhhh maybe I don't want this now. As far as the narration, Andi Arndt was superb, Shane East popping in was great and I don't love Sebastin York and would have loved to hear Jacob Morgan narrate this one as well.

Declan and Sid are Everything!

This is one of those grab you ball the heart and try your best to hold on kind of stories. It's real, raw, and so eloquently written it left me utterly speechless. This book has that real feel amazing quality where I knew my life would not be the same. Five stars don't come close to being good enough for this book. I know I will revisit Declan and Sid for years to come.

I've been following Corinne since a first free book I received that had me crying, laughing, angry, happy and sad and more. I've never seen a writer evoke so many emotions in one book. I still think I love Connor more but this book is a great follow up on the brothers. I can't wait until the next book comes out!

it always astonishes me when an author can write a story that has you angry one minute at the characters wanting to really yell at them and then of course the story takes a turn in your crying this story definitely did that. the characters hard to describe because they had such chemistry and you could feel their pain there love their devotion it is just incredible. the narrator's did such an excellent job of bringing the characters to life you could feel them again it was just incredible I highly recommend listening to this story.

I don't even know where to start with this amazing book. It has taking me days just to recover from reading this book. There aren't enough words to describe how incredible amazing this it is. I absolutely love Declan. I can't wait to read about the other Arrowood brothers. Sydney is incredible person. Loved every second. Corinne Michaels is always keeping me on the edge of my seat. Frickin fabulous. I loved every second didn't want it to end. I absolutely love these narrators they were amazing

All of the feels

This story made me laugh, cry and feel every word between the two main characters. She brings them to life in such a beautiful way. Highly recommend.