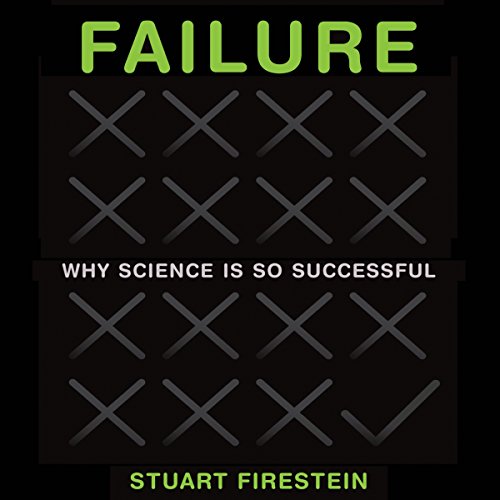 Failure: Why Science Is so Successful

The general public has a glorified view of the pursuit of scientific research. However, the idealized perception of science as a rule-based, methodical system for accumulating facts could not be further from the truth. Modern science involves the idiosyncratic, often bumbling search for understanding in uncharted territories, full of wrong turns, false findings, and the occasional remarkable success.

In his sequel to Ignorance (Oxford University Press, 2012), Stuart Firestein shows us that the scientific enterprise is riddled with mistakes and errors - and that this is a good thing! Failure: Why Science Is So Successful delves into the origins of scientific research as a process that relies upon trial and error, one which inevitably results in a hefty dose of failure. In fact, scientists throughout history have relied on failure to guide their research, viewing mistakes as a necessary part of the process. Citing both historical and contemporary examples, Firestein strips away the distorted view of science as infallible to provide the public with a rare, inside glimpse of the messy realities of the scientific process.

An insider's view of how science is actually carried out, this book will delight anyone with an interest in science, from aspiring scientists to curious general listeners. Accessible and entertaining, Failure illuminates the greatest and most productive adventure of human history, with all the missteps along the way.

Great lesson! The positive philosophy that Firestein provides is relevant to all life's endeavors whether politics, religion, the arts, business, or science, to be broad-minded, build on errors (don't hide them), & consider newly discovered "truths" to be provisional.

You'll learn a lot and will challenge your thinking. Reading this together with his book on Ignorance is a perfect combination. As usual, make your own judgement.