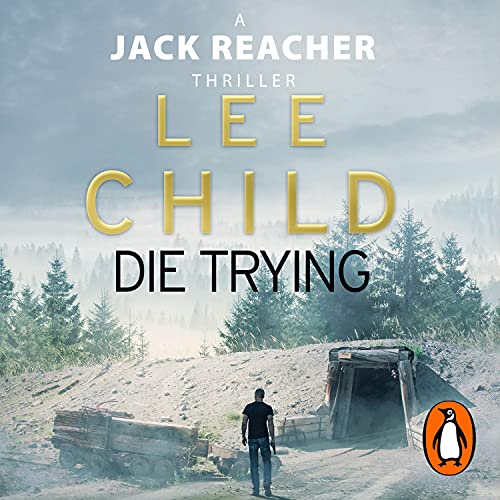 A Chicago street in bright sunshine. A young woman, struggling on crutches. Reacher offers her a steadying arm.

And turns to see a handgun aimed at his stomach.

Chained in a dark van racing across America, Reacher doesn't know why they've been kidnapped. The woman claims to be FBI. She's certainly tough enough. But at their remote destination, will raw courage be enough to overcome the hopeless odds?

Although the Jack Reacher novels can be listened to in any order, Die Trying is the second in the series.

another sexiest one. what was I thinking?! don't bother. I shouldn't have even tried it after the first one but got tired from browsing.

Exciting to the end. Good presentation.

The story is gripping, Reacher is cool as always but even he is brought to his limits as the plot evolves.
A great thriller.