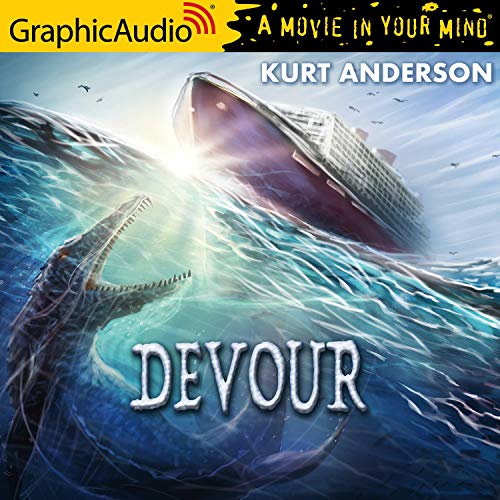 Deep beneath the ice of the Arctic Circle, something has awakened. A primordial creature frozen in time, it is the oldest, largest, most efficient predator that nature has ever produced. And it is ravenously hungry....

Thirty-five miles off the Massachusetts coast, a small research ship is attacked. All but one of its crew is killed by the massive serpentine horror that rises from the sea. The creature likes this human prey. The chewy outer hide. The tender saltiness within. And it wants more....

Responding to a distress signal, fishing-boat captain Brian Hawkins arrives in time to save the ship’s last survivor. But the nightmare is just beginning. A casino cruise ship carrying high-stakes passengers — and a top-secret cargo — becomes the creature’s bloodsoaked hunting ground. Desperate but determined, Hawkins goes after the biggest catch of the century.

Loved this one. I only had 1 issue and that was 2 of the performers sounded like the same guy. Anyways, get this one.

I really enjoyed this. Great story. Lots of fun. The voice acting was excellent. Definitely recommend this to everyone!