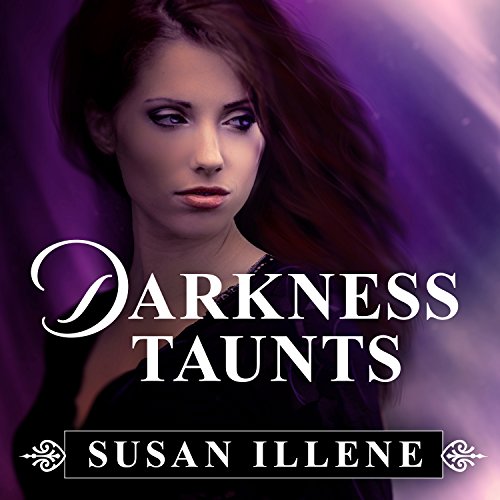 Melena Sanders has managed to avoid all things inhuman for most of her life, but after coming to Fairbanks, Alaska, to rescue her best friend from supernaturals, she hasn't been allowed to leave. That is, until her long-time nemesis comes to collect a favor she owes him. Lucas might be half angel, but he's all bad as far as she's concerned. Paying him back might get her out of town for a while, but her new destination will be anything but enjoyable. Mel's got to help the nephilim take care of a demon possession outbreak in Juneau. But working closely with Lucas is changing the dynamics of their hate-hate relationship - worrying her even more than the demons.

I was really hesitant about buying this one. On one hand, I loved the first book; on the other hand, quite a few of the reviews I read were negative and complained about things I absolutely hate. Luckily, I decided to give it a chance.

Minor complaints first: Right at the beginning, there were things that I thought were strange, mainly about Melenas behaviour and thoughts. Maybe it's just me, because none of the reviews I read mentioned them. Still: At the end of book 1, Melena comes to the conclusion that it is safer and therefore better for her and (especially) Emily to stay in Alaska with the sups. She agrees willingly - at least, that's how it seemed to me. But at the beginning of this book, we learn that she desperately wants to leave, but apparently is forced to stay by Nicholas and Lucas. She has even tried to escape twice and was dragged back both times. That just felt … off.
I also would have thought that maybe she'd at least think about a transfer to the university of Fairbanks, since she only had one semester left, but that was just my speculation (it's what I would've done). But she does have money problems, so there's that.
An then, Derek. I like him so much better than Lucas (not as much as Matt, but well, that ship has truly sailed). Of course, that's just a personal preference and not actually a complaint. Just, you know, … Derek.

Other than that, though, I liked the story. I can't even say that I liked the first book that much better, even though this one has a lot more steamy scenes and I'm usually none too impressed by them. But the reason for that is that way too often, the steamy scenes seem tacked on and if they were cut after the metaphorical bedroom door closes (metaphorical because, let's face it, in PNR the location for sexy time is seldom an actual bedroom…), the reader wouldn't miss a thing and the plot would not get one single hole. Here, all the sex scenes have a purpose, they further the plot and they have consequences - basically, they have everything I want in every other type of scene, too, so I did not feel like they were there just to pander to readers and/or the publisher. Big plus, that one.

What I really like about this series is that Melena is not made out to be a 'superhuman human'. What I mean by that is that it is stated very early on that she may have special powers (and military training), but that her physical strength is only that of a normal human – and then, the author sticks with that and its consequences. In so many PNR and fantasy stories with supposedly 'weak' (be that physically or magically) main characters, they somehow always manage to save the day or best some extremely powerful being by themselves or whatnot. You know, just 'somehow'. Not here. Melena is physically waker than the beings around her and if they want to force her to do something, they bloody well can. And do. Don't get me wrong, I would hate to be in that position – but so does she. And it is just rather realistic. She is not all powerful, so if Lucas wants to zap her away somewhere, there's nothing she can do. She also is not super strong, so when someone knocks her down hard enough, she stays down. And yet, it's not like she is just some silly damsel in distress. She is strong-willed and fights for herself and others, and while she does need to be rescued from time to time, she does plenty of her own rescuing (of herself and others). For me, this is as tough as a human woman without supernaturally enhanced strength can get. I like.

The narration was great, just like in the previous book. The narrator manages very distinct voices and also sticks to them throughout, even if the characters have very little dialog (like Aniyas mum).


***Slight spoiler***
One of the reviews that made me think twice about buying this said that Lucas forced his mark on her and that the logic to justify his actions was the same as the logic that is used to "justify" sexual assault. That would indeed have been extremely off-putting to me, and when that scene began, I mentally prepared myself to stop listening if it really turned out like that. In my opinion, it didn't. If you can suspend your disbelieve enough to accept a world with vampires, werewolfs and the like, and also a world in which they can 'mark' their partner magically so that every other supernatural being knows they're taken and keeps their paws off – then is it really such a stretch to accept that in that world, the marking only works if the person accepts the mark, even if they only do it subconsciously? Personally, I think not. But I also thought there was plenty of indication for Melenas feelings towards him (even if she spent a lot of time denying them).

Would you try another book from Susan Illene and/or Cris Dukehart?

If you’ve listened to books by Susan Illene before, how does this one compare?

The first book in the series led me to think this one would be good, but not so much.

Did Cris Dukehart do a good job differentiating all the characters? How?

The narration was ok.

Disappointment. The first book showed promise. I was hoping both the authors and characters would grow and evolve over time. They actually devolved.

I am enjoying this series. I like the growing understanding between Lucas and Melena. Micah, Derek, Felicia, Amiya and Lizette are also very interesting characters too. Susan Illene is proving a very talented author. I also enjoy Chris Dukehart's performance with her various voices for the different characters. Very good overall. Cannot stop continuing the next book immediately after this one!

I really enjoyed the first book because there was an actual plot and well developed characters. However, the second book is completely opposite. Melana appears week, needy and sex obsessed through out the book. Lucas on the other hand is cold, insulting and domineering. Of course, this makes Melana want him more. I'm tired of books like this. It's not romantic. It's insulting.

Really enjoying all the characters she brings into this story - good balance of suspense, horror and romance.

story plot is ok I especially like the idea of a new race like sensors and Nephilim. but any novel that gets his into detail on the sex scenes as this series seems to do is going to have the same problem is Laurel K Hamilton did people aren't looking for p*** looking for a good story

I have enjoyed as much as I enjoyed the first book in this series. I look forward to reading the next book in the series.

Good expansion of the story and series

Second in series has Melena helping resolve a demon problem. This book adds new characters and expands the world building. The overall story arc continues to develop. There is a relationship developing with Lucas, lots of action and Melena learns more about her sensor abilities. Melena is a strong woman with ethics. There are a few steamy scenes, lots of action and plot twists. This is UF with a darker feel. This is not a light, funny book. This is the second book in the series. I liked it better than the first one. I recommend reading the series in order. Although a single plot resolves itself in this book, there are developing characters and continuing storylines that build thru the series. Narration is solid, pacing is good. I listened at 1.25x.

I made it thru 18 minutes before the whining voice of the teenage girl became intolerable … I really didn't even get an idea of the plot, but it was really clear I couldn't take hours and hours of high-pitched teenage voicing.

I love the books, but I just can't deal with this narrator. I definitely prefer some narrator's voices but I usually find most acceptable. Just couldn't stand this one. The book gets 4-5 stars, but narrator is a 1.