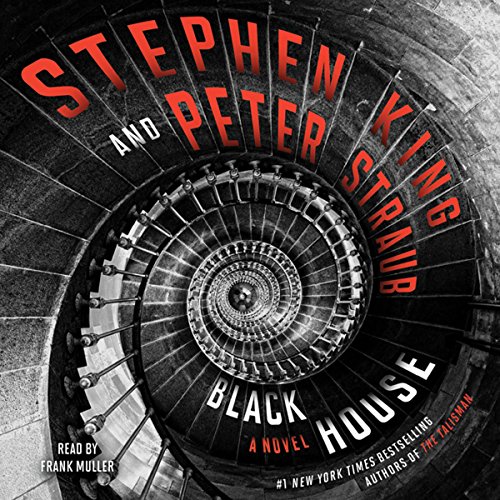 Twenty years ago, a boy named Jack Sawyer traveled to a parallel universe called the Territories to save his mother and her “Twinner” from an agonizing death that would have brought cataclysm to the other world. Now Jack is a retired Los Angeles homicide detective living in the nearly nonexistent hamlet of Tamarack, Wisconsin. He has no recollection of his adventures in the Territories, and he was compelled to leave the police force when a happenstance event threatened to awaken those long suppressed and dangerous memories.

When a series of gruesome murders occur in western Wisconsin that are reminiscent of those committed several decades earlier, Jack’s buddy, the local chief of police, begs Jack to help find the killer. But are these new killings merely the work of a disturbed individual, or has a mysterious and malignant force been unleashed in this quiet town? What causes Jack’s inexplicable waking dreams - if that is what they are - of robins’ eggs and red feathers? As these cryptic messages becomes impossible to ignore, Jack is drawn back to the Territories and to his own hidden past.

Maybe it was during the time that I fell out of love with Stephen King. Maybe there were things in my own life that kept me from this book. Maybe it was Ka. Who knows? I've waited 10 years to enjoy this book.

I read and loved The Talisman when it came out but when this came out, I shunned it for some unknown reason. I bought it and it sat on my shelf, mocking me for years until I gave it away in a frenzy of hardback reduction that I have come to regret for many reasons. Maybe it was The Black House itself hiding itself from me.

Anyway. This is a great continuation of the Talisman and I'm really glad that I finished the Dark Tower series in the intervening years (Nudge, wink).

What did you love best about Black House?

I loved the fact that we follow up on our hero Jack Sawyer. He is grown into an adult, but he is still the sensitive boy/man that you came to love in the Talisman. Also, if you are a true King fan, it does not hurt that we see a bit of the Dark Tower story as well.

A Must-Read for Dark Tower Fans!

Would you listen to Black House again? Why?

This is an engaging story, with a reader whose voice perfectly fits the story. I would definitely read this again.

What was one of the most memorable moments of Black House?

My favorite part was when I realized how this story fits into The Dark Tower story and how Jack Sawyer's quest was going to aid Roland in his.

Which character – as performed by Frank Muller – was your favorite?

As a big fan of the Dark Tower, I was shocked to see how many Dark Tower references and tie-in plot points there were between the two stories. Why have I not heard of this book before?!? I would have read it a long time ago if I had known about all the tie-ins. Besides the Dark Tower points though, this was a great book all by itself. Excellent characters, extremely creepy villains, and an ending that leaves you wanting more. This just made it to the top of my non-Dark Tower Stephen King books. An excellent read!

Stephen King is such a good storyteller. Frank Muller read so well I forgot the story was being narrated; he has a great range as to what voices he uses.

Would you consider the audio edition of Black House to be better than the print version?

I am an audio listener by trade.

Jack of course, he is the main man, super talented and powerful in ways that surprise the reader.

Have you listened to any of Frank Muller’s other performances before? How does this one compare?

Frank Muller was spectacular in the Talisman and he brings the same energy here. His performance of the new characters such as the "Fisherman" and "Mr. Munshun" in a sort of a Red Skelton mumbling jumble made me laugh out loud.

There are several funny parts that made me laugh especially when the Biker gang (Thunder Five) dudes made sharp cracks. Yes I did get misty there was a tremendous friendship between Jack Sawyer and Henry Leyden and some real sadness surrounding the murders of the children.

There was a very large character set here, but as most "constant readers" know it is handled with extreme expertise. The thing about this book that grabbed me the most was that it quickly became a fascinating murder-mystery novel. There was a the reluctant Jack Sawyer that had purportedly been a "superstar detective" but retired from the LAPD at the young age of 31. So for about 1/4 of the book the reader has no idea just how good he really is at it. Now throw in the element of the supernatural where King and Straub really get cranked up. And of course we know from the Talisman that Jack Sawyer has a little bit of experience in this area. This one will make you want to listen till the end!

Better than Talisman, but not by much

Would you try another book from Stephen King and Peter Straub and/or Frank Muller?

I already did - The Talisman and Dark Tower Books

If you’ve listened to books by Stephen King and Peter Straub before, how does this one compare?

I listened to The Talisman and I thought Black House was a little better, but not by much. Only because with the main character being an adult rather than a child, I think King/Straub could utilize mature themes.

Probably the hedge clipper scene at the retirement home.

Was Black House worth the listening time?

“Black House” seemed to be a very different kind of story than “The Talisman”. In some ways I probably preferred BH over Talisman, but overall I was pretty underwhelmed by both stories. Obviously the only common denominator between the two was the main character – Jack Sawyer, only in BH Jack is an adult rather than a child which I think enabled the writers to bring mature elements into the story.

The supporting cast was better in BH, only because they didn’t seem like cartoon characters or even characterchures like in Talisman. I also like the fact that King & Straub steered clear of the animal-characters, which was something I didn’t care for in Talisman.

The plot of the book was enjoyable, taking more of a mystery approach rather than sci-fi; however once the sci-fi elements were introduced, the mystery vibe began to lose it’s appeal – almost surrendering the credibility of the overall story. I liked that BH had more gore and the subject matter was adult orientated.

My main complaint of BH was probably the narrative and delivery approach for how the story was told. I did not like to "float over here" and "let us drift away from there". I also found it hard to believe that a group of "hard core bikers" (one of which is a former surgeon, because there's so many surgeons that leave the medical field to pursue a life of biker-ing, right?) would immediately befriend an out-of-town cop to help solve a series of murders. The romance between Jack and Sophie seemed a little out-of-place as well, if not forced. Maybe it was an after thought that randomly made it's way into the story...who knows?

Altogether BH was worth reading if you’ve already read the Talisman; however I doubt I’d revisit either book again. I was not impressed or greatly entertained by BH; however it’s worth a read if you’re a fan of King’s Dark Tower books. There are a few bread crumbs in BH that DT fans will enjoy, but I’m not sure that it added a whole lot to the DT universe.

Pros: Dark Tower elements and a decent mystery story (less the sci-fi elements).
Cons: Clear motives for the killer would’ve been nice and the friendship between Henry & Jack should’ve been better organized and developed, as well as the romance between Jack & Sophie.
Bottom line: So-so story, not too bad but not too great.

I enjoyed every moment of this story. Frank Muller did an excellent job. I am hoping to meet Jack and Speedy again

MY BEST BOOK EVER

I have just finished reading this book for at least the third time and it still remains my favorite! There is not a single word on any page that I wish could be changed! I have purchased Black House in every form; Paperback, Cassett and lastly from Audible! I believe that the audio versions are the best because they helped me to gain a tiny bit of understanding about questions that Stephen King readers are sometimes left with after reading some of his books. The fact that Stephen King and Peter Straub Joined forces to write it does not go unnoticed but they would have to explain to me how the book was improved by their collaboration.
The frosting on the cake is that this audiobook is read by one of the greatest readers of all time, Frank Muller. He takes you there........ he really brings this one to life.

King, Straub, and Muller.. If anything was meant to be, this is definitely it. ♥️

WHO chose this narrator?

Couldn't get past 30 minutes of the book. It's probably really good, but the narrator is the WORST! Please, don't buy this until a new version comes out with a different narrator...