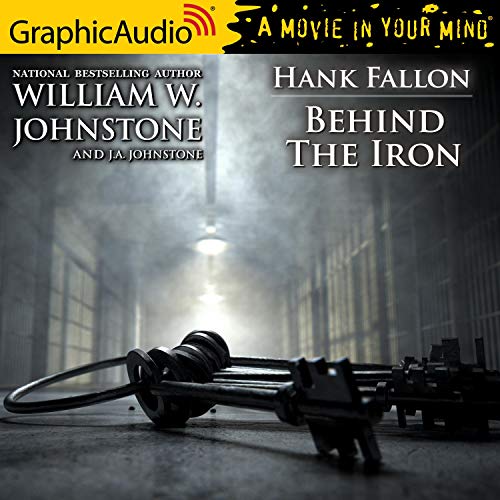 Behind The Iron [Dramatized Adaptation]

Hank Fallon knows what it’s like to rot behind bars. To wallow in the filth of a rat-infested cell. To smell the pent-up rage of cutthroat killers and thieves. Fallon earned his freedom the hard way. He saved the lives of four guards, got released early, and became a detective. Then he went undercover, infiltrated a prison gang plotting to bust out — and barely made it out alive. Now they’re sending him back. Behind the iron. Straight to hell.

This time, it’s the ninth circle known as Missouri State Penitentiary. His mission: Get inside the infirmary, look for a pregnant inmate named Jess Harper, and find out where her bank-robbing boyfriend hid the stolen cash. Problem is: A rebellion is brewing among the prisoners. Their rage is burning out of control. An all-out savage riot is about to explode. And Fallon’s head is on the chopping block.