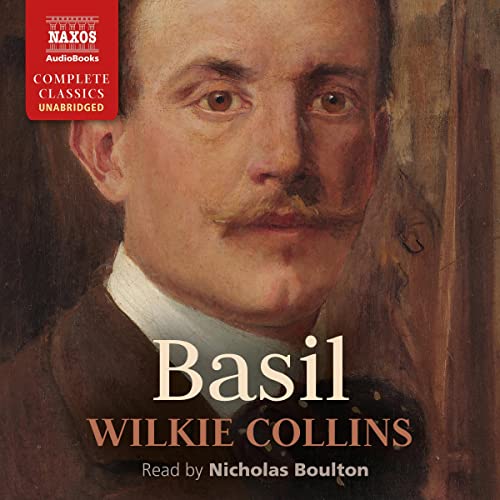 Appearing in 1852, Basil was Wilkie Collins’s second published novel. The eponymous narrator is emotionally torn between two women: Margaret Sherwin and his sister Clara. His marriage to Margaret, a draper’s sexually precocious daughter, is to remain secret and unconsummated for the first year, as agreed with her father.

Anticipating Collins’s later sensation novels, the plot involves betrayal, insanity and death, with a thrilling conclusion set among the cliffs and whirlpools near Land’s End. The book was received with shock upon its publication, most especially due to its treatment of adultery.

Here Basil is read by the prolific and popular narrator Nicholas Boulton.