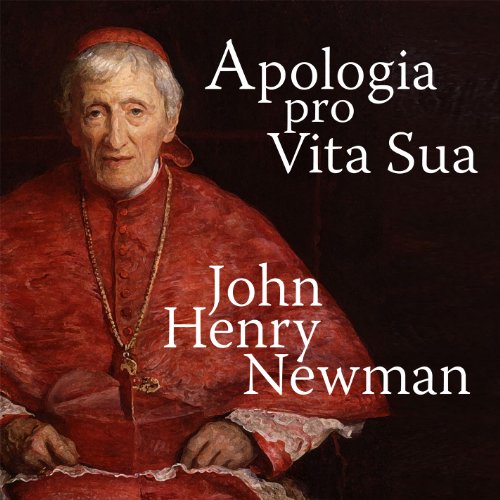 Apologia Pro Vita Sua (A Defence Of His Life) by Cardinal Newman offers a marvellous insight into the mind of a devout Christian, a colossal figure of the nineteenth century. It is, moreover, one of the greatest spiritual autobiographies ever written in the English language, laying out the development of John Henry Newman's religious opinions up to the year 1845 when he finally converted to Roman Catholicism.

It was Charles Kingsley's withering and defamatory attack which prompted its writing, giving Newman 'ten weeks of anxious work', as he pieced together the evolution of his beliefs. Newman's beautiful prose has rightly been described as 'regal', the scholarly arguments are crystal clear and the structure reassuringly chronological; his utter demolition of Kingsley's accusations (especially that of untruthfulness) at the end of the Apologia is meticulous, inexorable and truly awe-inspiring. It is read by Greg Wagland.

Would you consider the audio edition of Apologia Pro Vita Sua [A Defense of One's Life] to be better than the print version?

I have read the print version of the Apologia and also listened to the audio book. My conclusion is that the audio is superior because it brings out Newman's flowing eloquence more clearly and his wit is more evident. These qualities are less noticeable in the printed version.

Of course in this book, the main character is Newman, and his own introspective analysis makes the book intellectually engaging and fascinating as a story.

The entire book is moving, but Newman's final discovery of the principle of catholicity in relation to antiquity is the most fascinating.

Newman's book articulates why he left Protestantism to become Catholic. He answers charges that his motives were dishonest or founded on ignorance, and he does so with brilliance. This is a classic in the English language as well as a top-notch work in apologetics. All Protestants (high or low church) ought to read it.

Would you listen to Apologia Pro Vita Sua [A Defense of One's Life] again? Why?

I would absolutely listen to Apologia Pro Vita Sua again. In this masterful work by Newman, he defends his life's work in transforming the face of Anglicanism culminating in his conversion to Roman Catholicism. He expounds on the origins of his theology, which parallels my own path from a largely evangelical Anglicanism to a predominantly conservative Anglo-Catholicism.

Newman's story, having been such a similar one to my own, has led me to some important introspection about denominational identity. While I remain an Anglican, I was quite profoundly moved by the similar manner in which he was persecuted (in a very real sense) by the Church of England for his attempts to recover some of what Anglicanism had lost in the murky waters of Reformation theological and liturgical change.

Be advised: if you are teetering on the edge of leaving Anglicanism for Rome, this book might just push you over, not that that is a bad thing.

Great narration of a classic

I'm really not qualified to critique Cardinal Newman's classic. I love his use of the English language as well as his logical and thorough approach of his arguments.

I think this would have been a difficult listen with a different narrator. Greg Wagland does a very good job.

Outstanding in every way.

Superb. A timeless classic read exceedingly well. I highly recommend to anyone interested in the good Cardinal's life.

Masterful presentation of a classic

Newman's intellectual rigor and the emotional intensity of his conversion from Anglicanism to the Catholic faith are presented powerfully in his justly famous Apologia. The summation of his engagement with theological controversies of the early Church gives flesh and blood to material some readers might find unapproachable. Wagland's reading is flawless, conveying Newman's personal intensity and intellectual discipline while entirely subordinating his delivery to the text.

Where does Apologia Pro Vita Sua [A Defense of One's Life] rank among all the audiobooks you’ve listened to so far?

What was one of the most memorable moments of Apologia Pro Vita Sua [A Defense of One's Life]?

In some sections, particularly in his footnotes, Newman explains theological issues, although that is not the main thrust of the work.

Have you listened to any of Greg Wagland’s other performances before? How does this one compare?

No first time and its great!

John has a great intellect.

Don’t read if you wish to remain ignorant of truth in religion.

Superb performance by e reader. St. JH Cardinal Newman (future Doctor of the Church) blows his critic out of the water. And you can tell he is upset. In an earlier age, there would have been a duel. Do not miss the appendices, where there is a wonderful discussion of whether lying can in some cases not be sinful.