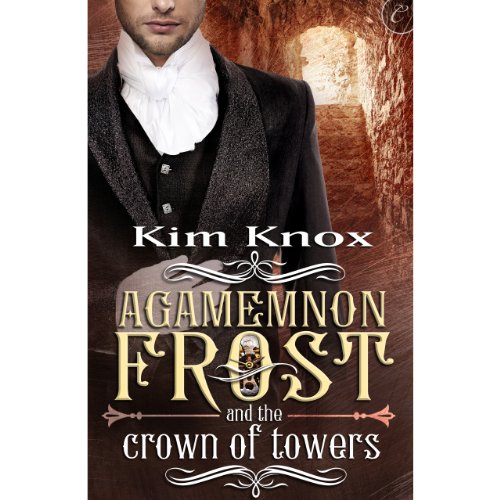 Agamemnon Frost and the Crown of Towers

Edgar Mason is losing Agamemnon Frost despite everything they've been through - the passion, the torture, the heat. Frost's fiance, Theodora, is back, and Mason can feel his lover gravitating toward her. Every day he sees them together, it tears at his heart.

Frost feels raw himself. His brother and sister-in-law are missing, and his guilt about failing to save Theodora from Pandarus eats at him. His feelings for Mason, whom he has put through hell twice already, just twist the screws tighter.

On top of that, Pandarus and the Martians are back to make their final push to Earth, and Frost and Mason are duty bound to fight them. People are vanishing. Bodies are turning up burned beyond recognition in the slums. The bleak, human-less future Frost and Mason saw in the hollow ships has nearly come to pass. And in order to prevent it, each man will have to make a final choice: lose his lover or doom the world.