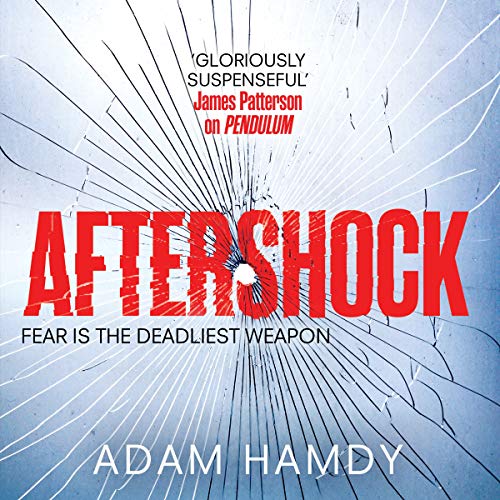 The end is near.

Adam Hamdy's first Pendulum novel was called 'one of the best thrillers of the year' by James Patterson and a BBC Radio 2 Book Club pick. Aftershock is the gripping climax to an explosive series that has gripped fans of Lee Child and Simon Kernick.

They believed it was over.

Having survived the lethal Pendulum conspiracy, photographer John Wallace atones for his past mistakes. DI Patrick Bailey clings to the hope that he can, at last, return to a normal life in London.

But it's only just beginning.

But when masked assassins strike at the heart of the UK government, a shocking new threat emerges that forces all three to reunite.

Deadlier than ever before.

With time running out, they must defeat a lethal new adversary: a manipulative mastermind with sinister powers unlike anything they've seen before.