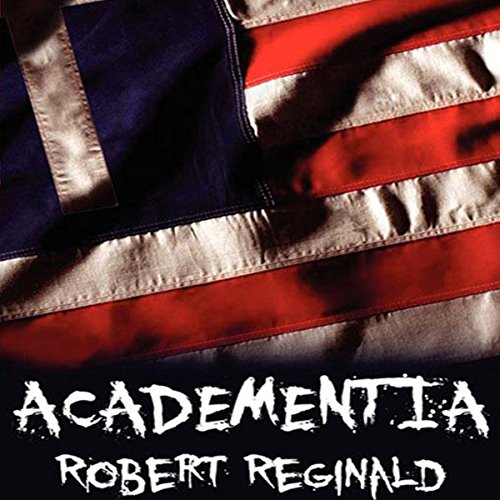 In the not-so-distant future, America has been subjugated by the fanatical followers of Dr. Theo Fell, who have instituted a fascist religious regime that stifles all dissent and monitors all expression. But all regimes have their breaking points, both personally and generally, and the Fellian States of America are no exception. The nameless narrator of this terrifying tale descends into paranoia and despair even as he rises rapidly through the academic ranks of the California Saints University system. One by one, his enemies are mysteriously overcome, until all that's left is facing the ultimate-the final-challenge: confronting Dr. Fell himself!

A Boring and Dirty Story

What disappointed you about Academentia?

I try to buy stories which are worth a second, third, or continuing listens if desired, but this one just didn't make the cut for me.

The only reason I gave the narration two stars at all was because the boring content was not necessarily his fault.

It sounded as if the author was also trying to make too many political points at once as well. The author's note helped some, but not much.

Not worth my time.