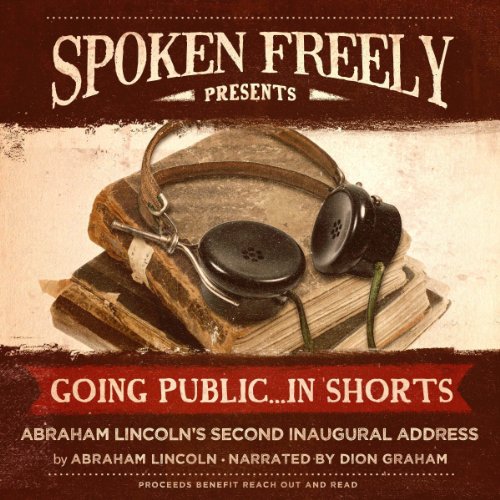 Abraham Lincoln delivered his second inaugural address on March 4, 1865, during his second inauguration as president of the United States. At a time when victory over the secessionists in the American Civil War was within days and slavery was near an end, Lincoln spoke of sadness. A mere 703 words, Lincoln's speech did not offer the North a victory speech, nor did he excoriate the South for the sin of slavery. Instead, he called on the entire country's guilt for the bloody war and argued for reconciliation and unity. Considered one of his greatest speeches, the address is inscribed, along with the Gettysburg Address, in the Lincoln Memorial.

Proceeds from sale of this title go to Reach Out and Read, an innovative literacy advocacy organization.

Words we all need to hear.

Lincoln has something to say. Every American should listen to these words. Especially today. Peace