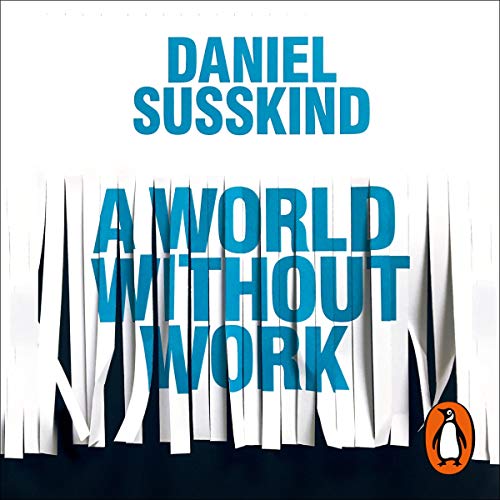 A World Without Work

From mechanical looms to combustion engines to early computers, new technologies have always provoked panic about workers being replaced by machines. In the past, such fears have been misplaced, and many economists maintain that they remain so today. Yet in A World Without Work, Daniel Susskind shows why this time really is different. Advances in artificial intelligence mean that all kinds of jobs are increasingly at risk.

Drawing on almost a decade of research in the field, Susskind argues that machines no longer need to think or reason like us in order to outperform us, as was once widely believed. As a result, more and more tasks that used to be far beyond the capability of computers - from diagnosing illnesses to drafting legal contracts - are now within their reach. The threat of technological unemployment is real.

So how can we all thrive in a world with less work? Susskind reminds us that technological progress could bring about unprecedented prosperity, solving one of mankind's oldest problems: making sure that everyone has enough to live on. The challenge will be to distribute this prosperity fairly, constrain the burgeoning power of Big Tech and provide meaning in a world where work is no longer the centre of our lives. In this visionary, pragmatic and ultimately hopeful book, Susskind shows us the way.

Good but too timid

As human work is about to vanish it is time to acknowledge that when we insist that man must work to be happy and healthy we are merely making a virtue out of what was, but soon will no longer be, a necessity. There is in fact only an illusory connection between work and happiness. Soon machines or AI will do 95% of the work - and only because humanity will want to keep some tasks such as presidents and judges for themselves. This should not be feared or despised but celebrated, because it will at last enable man to spend his time in the only way worthy of his nature: that of his personal growth and evolution. These do not come from being useful to society but from the kinds of activity enjoyed by ancient aristocrats (Susskind says this) but above all by monks and yogis, namely the people who have all but withdrawn from economic and social life in order to cultivate the spirit or "higher consciousness". These people have until now been the only ones able to live a truly dignifying and meaningful life, but soon, thanks to the mechanisation of all tasks required to generate the basic - and less basic - necessities, this path is finally open to everyone. Susskind's reflection tends in this direction but does not go far enough and yields to the commonplace that work is morally good for you and that you owe it to others to be useful to them in some way. No, work is not good for you, it is good for society that will not survive without it until it has invented the means to provide for all of us without requiring human work to do so.

Susskind presents an interesting stream of consciousness over the subject of work and tech, primarily revolving around the political problems that surge from the conundrum. The limits of his analysis fall in his blind spots as a white man from the UK and former government official. He cheekily suggest to migrate to a Rent State without considering any of the problems we’ll known in countries with the so-called resource curse. He completely oversees the possibility of migration out of traditionally rich countries to places in the world were there is much less automation, and he could do with a few readings of feminist economists on the timeless problem of ignoring the value of household and child upbringing labor.

This is a careful economists' analysis of the impact of AI and robotics on our economy and to some degree society. What mechanisms are at play and how can we cope when our technology makes human work gradually redundant. Both the text and the performance (by the author) are solid. I enjoyed reading the thoughts, the many examples and the thorough analysis.