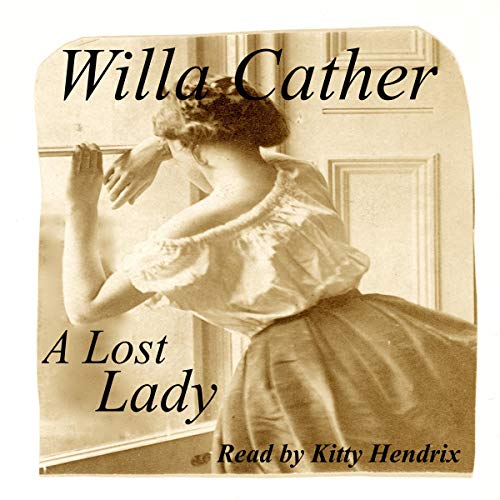 A Lost Lady by Willa Cather is the story of Captain Daniel Forrester and his wife Marian who live in the western town of Sweet Water, along the Transcontinental Railroad in the 1920s.

Neil Herbert, a boy who grows up in Sweet Water, admires the Captain and his beautiful, vivacious wife, who have the genteel lifestyle of small-town aristocrats and entertain powerful men.

As Captain Forrester's fortune and health decline, Neil becomes aware of a different Mrs. Forrester, one who succumbs to alcohol and opportunistic men. He is torn by his desire to save Mrs. Forrester along with his treasured memories of better times, but cannot turn back the clock to an idealized age of noble pioneers as the American West makes its way for a new age of capitalist exploitation.

Willa Cather was an American writer who achieved recognition for her novels of frontier life on the Great Plains, including O Pioneers! (1913), The Song of the Lark (1915), and My Ántonia (1918). In 1923 she was awarded the Pulitzer Prize for One of Ours (1922), a novel set during World War I.