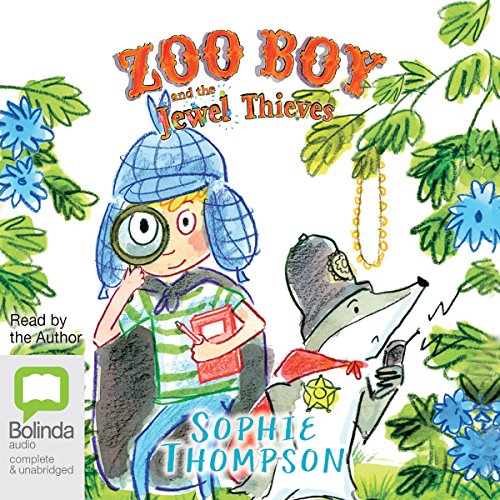 Zoo Boy and the Jewel Thieves

Zoo Boy and his host of talking animal friends are back! And this time, they're solving a crime.... Another hilarious and delightful story by actress Sophie Thompson.

Eight year old Vince (otherwise known somewhat affectionately as Zoo Boy) can talk to animals. Which is handy, as his dad works at the zoo! The only problem is, the animals are rather demanding.... But for once the animals are going to have to put their selfish ways aside, as there's a jewel thief on the loose.

Can Vince and the animals catch the crook?