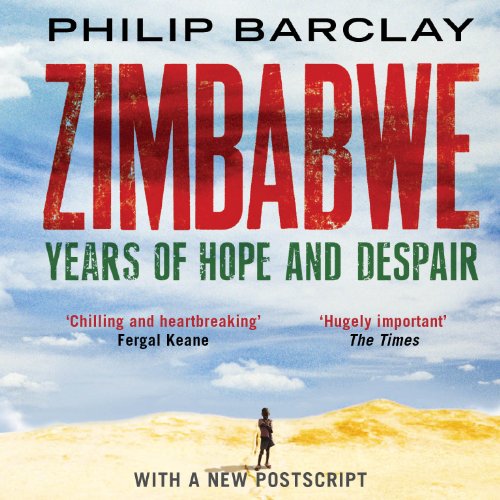 Zimbabwe is a country both blessed and cursed. Arriving to work at the British Embassy in Zimbabwe, Philip Barclay found a temperate paradise and a sophisticated and charming population. But during a three-year stay in what used to be Africa's finest country, he saw it ruined by violence and grotesque economic mismanagement.

Philip Barclay was at the centre of the tumultuous events of 2008. Zimbabwe's people voted against Robert Mugabe, but their desire for change was denied as vicious squads of indoctrinated youths loyal to the ageing dictator launched a campaign of murder, rape, and destruction. In the wake of such terror, the country's economy and public services collapsed, leading to widespread poverty and epidemics of diseases that Zimbabwe had not seen in living memory.

This electrifying account records the violent excesses of a hated clique prepared to do anything to cling to power. It asks why the world stood by and watched as Zimbabwe burned and questions whether power-sharing between Robert Mugabe and Morgan Tsvangirai offers the way forward which the country needs. An honest account of a diplomat's confrontation with a brutal dictatorship, Zimbabwe is also a personal story of the resilience - despite their daily experience of despair and death - of Zimbabwe's people.

I had my preconceived notions about this one prior to giving it a chance. I grew up in the states and all I want to do is learn about my culture. This book was a great start. I learned and I kept wanting to continue! Definitely adding this to my book club.