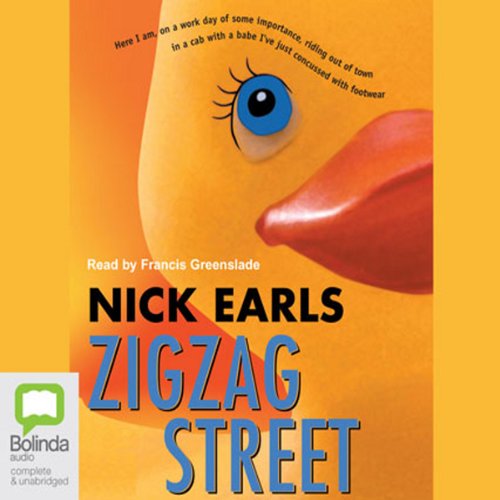 Richard Derrington is 28 and single. More single than he'd like to be. More single than he'd expected to be, and not coping well. Since Anna trashed him six months ago he's been trying to find his way again. He's doing his job badly, he's playing tennis badly, his renovating attempts haven't got past the veranda, and he's wondering when things are going to change. Zigzag Street covers six weeks of Richard's life in Brisbane's Red Hill. Six weeks of rumination, chaos, poor judgement, interpersonal clumsiness...and, eventually, hope.

Fantastic read! One of my absolute favorite books!

One of the greatest Australian books ever. Nick Earls is a master of hilarious dialogue