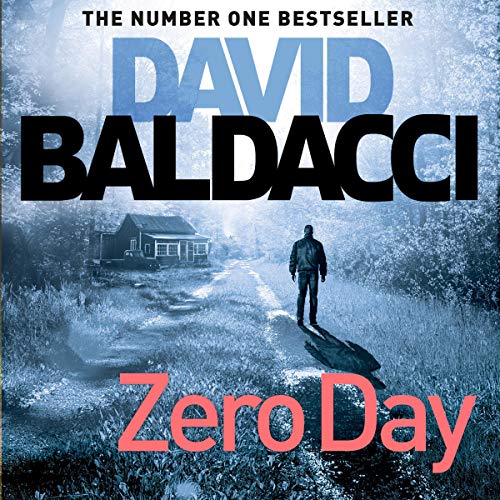 John Puller is a former war hero and now the best military investigator in the U.S. Army’s Criminal Investigative Division. He is a loner with few possessions by preference, but he has an indomitable spirit and an unstoppable determination for finding the truth. His father was the most decorated U.S. Marine in history, but now resides in a nursing home far from his battlefield glory. Puller’s older brother, also a military vet, is serving a life sentence in Leavenworth Penitentiary. Puller is called out to a remote, rural area far from any military outpost to investigate into the brutal murder of a family in their home. The dead husband was in the army and the wife worked for a Pentagon contractor. The local homicide detective, a woman with personal demons of her own, clashes with Puller over the investigation. What neither of them knows is what is waiting for them across the street from the murdered family’s home. It is something that will turn an already complicated case on its head. As Puller digs through deception after red herring, he realizes that absolutely nothing, and nobody, he’s so far seen in this small town, are what they seem. He is truly one man against an overwhelming force.

Baldacci at his best

I've just finished listening to Zero Day. It's 5:16AM and I just had to finish! The story has really nice twist and keeps you engaged until the end. Highly recommended for all who like Baldacci/Child/Sandford.

Where does Zero Day rank among all the audiobooks you’ve listened to so far?

This ranks in my top ten.

Puller, of course, we my favourite character.

It was delightful that there were both a male and female narrators, but the male narrator did the best job of distinguishing his different characters.

Every Baldacci book is great. It was interesting to 'hear' one for a change. It made me really look forward to getting in the car every day to go to and from work.

When the world’s going mad, you need the right kind of policeman.

Wow. No wonder Lee Child is peeved with you.
The similarities between Jack Reacher and Joe Puller is…. astounding.
Both men where cleaved from the same piece of granite. But enough chit chat, on with the revue.
I thought the twin narration worked well but there were a few instances where the wrong character voice was used. Sort of trips up the tempo of the piece but overall worked well.
The inclusion of incidental mood music irked me personally but I can see where others might enjoy the enhanced atmosphere.
The story line rolled along well, with enough twists, turns and red herrings to engage the listener. A good listen for long distance drivers but not a literary classic. In short. Chewing gum for the ears.
The violence was graphic but well metered and not overly gratuitous.
The sex was excellent in its tension and in being unrequited.
All in all I enjoyed the book except for my constant ‘Reacher’ flashbacks.
Having said that, those who don’t like Jack, you may like John.
Recommended

Absolute beauty epsecially with the theatre effects. i will definitely try another book by David Baldacci soon

DAVID BALDACCI AT HIS BEST!

This is one of the best David Baldacci books and the writer does an excellent and amazing job of introducing Special Agent John Puller. I couldn’t stop myself from listening despite the fact that I had read the hardcover book some years back!

loved it. great story. lose the background effects. with a very good plot the music and effects are nothing but distracting.

Can't wait for Puller's next mystery

I looked forward to my commutes and radio news simply went out the window. Characters were believable, the suspense was murderous and Baldacci kept me guessing to the very end. I gasped many many times.

I would snap up any piece performed by either of the narrators.

Would you listen to Zero Day: John Puller, Book 1 again? Why?

What does Ron McLarty and Orlagh Cassidy bring to the story that you wouldn’t experience if you just read the book?

for me the accents gave the character more life. as a non American I cant mentally attribute accents to the different states

I liked the book, the story and characters and was entertained whenever I listened, but it didn't cause me to steal time from other pursuits for a quick blast and to catchup on story progress, it was just a little predictable and so less additive.

Was hat Ihnen am meisten an Zero Day: John Puller, Book 1 gefallen? Was am wenigsten?

Foreseeable plot, stereotype characters and rather simple language. Not at all the thriller I had hoped it would be.

After listening to the Jack Reacher stories, I tried this one and was not disappointed. The main character is similiar in his investigative and fighting capabilities and the story was easy to listen to. The plot even reminded me a bit of one of the Jack Reacher stories, yet it was far enough away.
It was nice that the two main characters are spoken by a male and a female reader, making it easier to follow conversations and giving it a bit more depth.