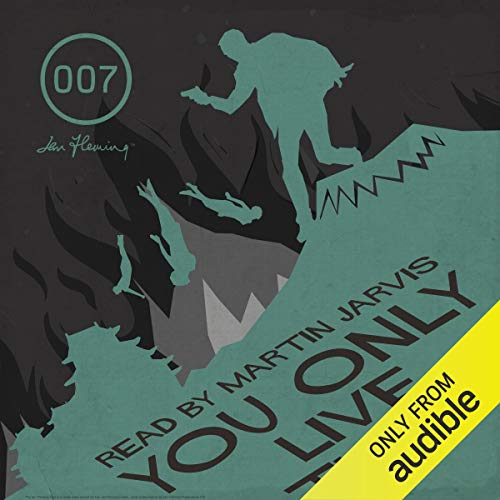 You Only Live Twice

You Only Live Twice

James Bond seems unable to function after the death of his wife. Determined to restore 007 to the effective agent he used to be, M sends him on a mission to Japan, to the mysterious ‘Castle of Death’ and into the lair of an old and terrifying enemy. For Bond and Blofeld, this will be their final encounter. Only one of them can survive.

Martin Jarvis OBE has recorded more than 150 Just William stories for the BBC. These have become international audio bestsellers. He won the Theatre World Award for his starring role on Broadway in By Jeeves; his West End appearances include works by Ayckbourn, Frayn, Pinter and Wilde. Screen successes include everything from Stargate Atlantis, Dr Who and Numb3rs to The Girl with the Dragon Tattoo and the Oscar®-winning Titanic.

"Must rank among the best of the Bond tales." ( Bookman)
"As damnably readable as ever." ( Daily Herald)
"Rich, wonderful stuff, Fleming at his flaming best." ( New York Times)
"Fleming doesn’t waste a word… his sense of surprise is perfect" (BBC)
"Escapism in the grand manner." ( Boston Globe)

impeccable story of another 007 adventure

First the reading: you can perceive the different characters as being told and imagine their appearance in your own visual mind as the reader portrays the different vocal expressions of the characters in the story. second the story: amazing and incredible. taking my mind across a world never imagined and yet giving my visual references to relate to the scenery. leading the reader to the last word. which I can only imagine if one was reading the physical book would want to turn the last page for more. thank you to the reader and audible and Ian Fleming for this book. thank you