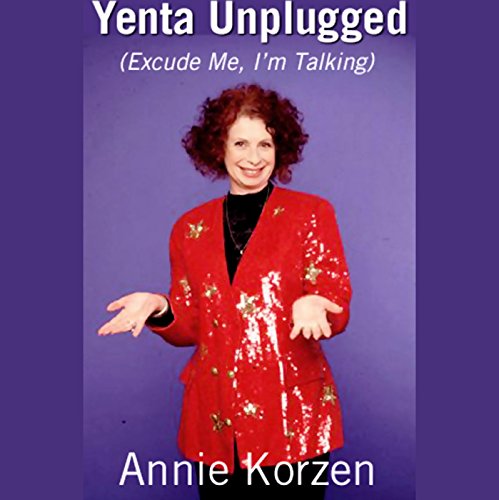 Annie Korzen's solo extravaganza is a sophisticated celebration of womanhood, from the Bronx to Beverly Hills. Through hilarious and often poignant tales and songs, Korzen (Doris Klompus on Seinfeld) creates 40 characters to serve up the comical trials and tribulations of being female and Jewish in America. But the universality of her stories of courtship, career, marriage and motherhood, of family and friendship also tell what it's like growing up female and ________ (fill in the blank with any ethnicity.) Brimming over with passion, humor, and irony, Korzen is a Jackie Mason with soul who takes us on an odyssey that slices through tired stereotypes, creating an equal-opportunity entertainment!

Annie Korzen began her career as an actress-writer in New York's Off-Broadway scene at places like Off Center Theater, La Mama, and Jewish Repertory Theater. She also worked in films (Tootsie, Stardust Memories, and others). Annie was a guest on Oprah, having suggested the topic: "Ethnic Men Who Reject Their Own Women". In Los Angeles, Annie played Doris Klompus on Seinfeld. She also has been on Coach, Mad About You, L. A. Law, ER, and many other TV shows. Annie has started doing humorous commentaries on NPR's Morning Edition.

Proud to be a Jewish Mother!

Annie Korzen made me laugh all the way home! I listened to this on a long boring road trip and loved it. Her jokes and stories poke fun of stereotypes about men, women, religion, and society. By the end I was cheering! I have been recommending this to all the "Jewish Mother's" in my life, and all the "Wanna Be Jewish Mother's" too!

Fun listen on a car trip