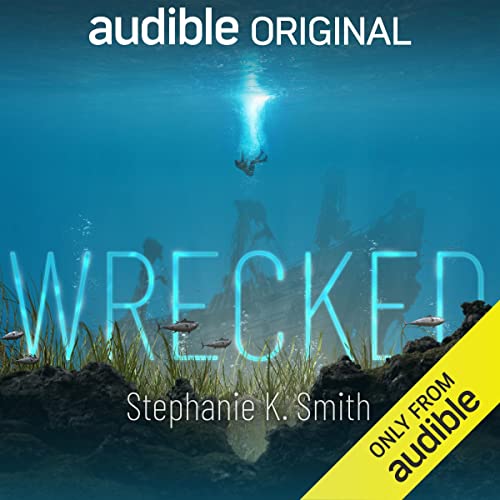 When aging fisherman Louis Mann hears a voice summoning him to an off-limits stretch of Long Island Sound, he knows he might be going crazy but feels compelled to heed the call. A big enough haul of summer flounder could be the windfall Lou needs to change his life–what little time he has left. But then his nets get stuck on something lodged in the ocean floor, uncovering a mystery that quickly ensnares three equally damaged strangers.

Phil, a disgraced Navy diver with a lifetime of resentments; Samantha, a wealthy antiques dealer on the brink of divorce; and Nick, a teenaged artist raised by neo-Nazis are all at rock bottom, just like Lou. And each is convinced that the old man’s discovery–a centuries-old ship–will be their salvation.

Lou, Samantha, Phil and Nick will all have to face the forces that formed them before they can reap any reward pulled from the depths of the Sound. For as magical as La Difesa may be, the wreck alone cannot save anyone. It can only push them to save themselves...if they’re willing.

There are so many twist and turns to this story, you don't know what to expector think. But it's fascinating... on the brink of fantastical. Entertaining to say the least.

A story of strife, challenges, winning, losing. intrigue of the items in the book is interesting and enjoyable, but what truly is good about this book are the char.acters and how I can relate to them.

OK, so one must suspend disbelief, and just go with it. I love books like this, I like happy without having to go through a lot of tragedy. It’s not Shakespeare, but it certainly didn’t need to be. Highly highly recommend it

I want more of this book. This book was a great one day listen to, while at work. The characters are relatable and the story is well written.

A Paranormal about change and hope

I like the mix of characters and the mix of real life with a bit of magic. The performance was top notch. The writing was a bit clunky at time. Good ending. Made me smile. Worth the listen.

I was looking for a good story…

I was looking for a good story…and this one did not disappoint. Nice interweaving of the characters and plot, made my work day go by fast!

Wow. This one is good.

Sorry Amazon, half the books I run across here get returned within a few minutes. But with this Audible original, "Wrecked," you have totally redeemed yourself a hundred times over! Seriously, the character development, the setting, the emotions, and most of all, the supernatural element, makes for my most satisfying read of 2022. After hundreds of listens, this is my second review, which says a lot regarding my endorsement. Hoping to see more great work from this lady, Stephanie K Smith, as she is officially my favorite new author.
And it would be a crime to not mention the top-notch narration of Soneela Nankani. Character voices easily discerned from others, with just the right amount of energy put into charged, emotional scenes. Highly skilled delivery, to say the least.

A little confusing at times. when the character development was completed all else fell into place.

Love this book! Great characters. Suspenseful yet heartfelt. Would love to get a sequel—and it def seems possible!