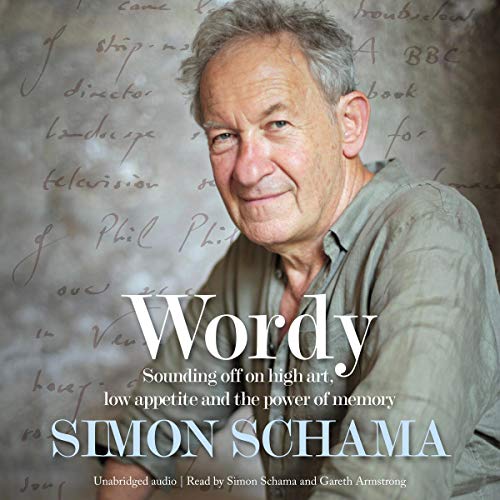 Sir Simon Schama has been at the forefront of the arts, political commentary, social analysis and historical study for over 40 years. As a teacher of art history and an award-winning television presenter of iconic history-based programming, Simon is equally a prolific best-selling writer and award-winning columnist for many of the world’s foremost publishers, broadsheet newspapers, periodicals and magazines.

His commissioned subjects over the years have been numerous and wide ranging - from the music of Tom Waits, to the works of Sir Quentin Blake; the history of the colour blue, to discussing what skills an actor needs to create a unique performance of Falstaff. Schama’s tastes are wide-ranging as they are eloquent, incisive, witty and thought provoking and have entertained and educated the readers of some of the world’s most respected publications - the Times, the Guardian, the New Yorker, Harper’s Bazaar and Rolling Stone magazine.

Wordy is a celebration of one of the world’s foremost writers. This collection of 50 essays chosen by the man himself stretches across four decades and is a treasure trove for all those who have a passion for the arts, politics, food and life.

"Wordy is about the intoxication of writing; my sense of playful versatility; different voices for different matters: the polemical voice for political columns; the sharp-eyed descriptive take for profiles; poetic precision in grappling with the hard task of translating art into words; lyrical recall for memory pieces. And informing everything a rich sense of the human comedy and the ways it plays through historical time. It's also a reflection on writers who have been shamelessly gloried in verbal abundance; the performing tumble of language - those who have especially inspired me - Dickens and Melville; Joyce and Marquez." (Simon Schama)