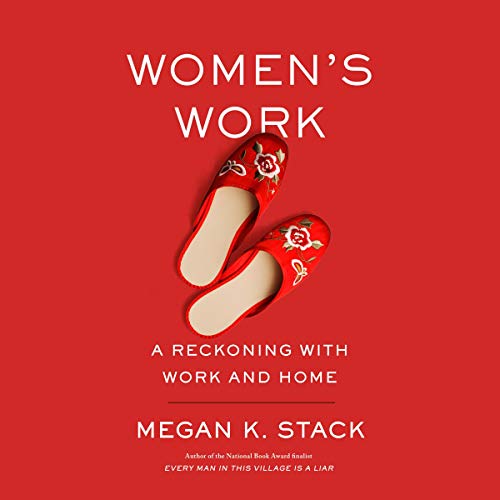 From National Book Award finalist Megan K. Stack, a stunning memoir of raising her children abroad with the help of Chinese and Indian women who are also working mothers

When Megan Stack was living in Beijing, she left her prestigious job as a foreign correspondent to have her first child and work from home writing a book. She quickly realized that caring for a baby and keeping up with the housework while her husband went to the office each day was consuming the time she needed to write. This dilemma was resolved in the manner of many upper-class families and large corporations: she availed herself of cheap Chinese labor. The housekeeper Stack hired was a migrant from the countryside, a mother who had left her daughter in a precarious situation to earn desperately needed cash in the capital. As Stack's family grew and her husband's job took them to Delhi, a series of Chinese and Indian women cooked, cleaned, and babysat in her home. Stack grew increasingly aware of the brutal realities of their lives: domestic abuse, alcoholism, unplanned pregnancies. Hiring poor women had given her the ability to work while raising her children, but what ethical compromise had she made?

Determined to confront the truth, Stack traveled to her employees' homes, met their parents and children, and turned a journalistic eye on the tradeoffs they'd been forced to make as working mothers seeking upward mobility - and on the cost to the children who were left behind.

Women's Work is an unforgettable story of four women as well as an electrifying meditation on the evasions of marriage, motherhood, feminism, and privilege.

“Stack is unflinching in her account.... Her prose is beautiful as she shines a light on the contradictions of her position.... A sharply observed, evocative reckoning with the ways her struggles intersect and diverge with those of the women she employs.” (Lauren Hilgers, The New York Times Book Review)

"A painfully honest investigation...Stack pulls the curtain back on the truths of women's lives, especially the domestic part...[Stack is] a natural storyteller with an eye for detail." (Debra Bruno, The Washington Post)

“Megan Stack is willing to confront hard questions that many of us flinch from: about the relationships between women and the women we hire to take care of our houses and our children, to do the traditional women’s work that gives ‘liberated women’ the time to do traditional men’s work. Women’s Work is a book of vivid characters, engrossing stories, shrewd insights, and uncomfortable reflections.” (Anne-Marie Slaughter, author of Unfinished Business and president and CEO of New America)

After becoming a mother, National Book Award finalist Megan K. Stack found challenges her experience as a foreign correspondent in Afghanistan hadn't prepared her for. As a stay-at-home mom in Beijing, her sanity and sense of self eroded amidst the chaos of caring for her infant son. Like many expatriates, Stack hired local domestic workers to help, an arrangement that allowed her to be both a mother and a writer. Later in Delhi, she again recruited local women, some of whom had to leave their own children behind in order to care for hers. Initially Stack tried "not to think about how making things nicer for one person always seemed to make things worse for somebody else," but the disparities were difficult to ignore. Turning her gaze toward the problem instead of averting her eyes, she begins to interview women who had worked for her, even returning to China to find women who had worked for her in the past. Unfortunately, these conversations come late in the book and Stack's reflections fall just short of true insight or action. She presents the problem of the structural inequity but offers no solutions: When it is once again time for her family to relocate, Stack considers inviting her long-time servant, by then old and infirm, to come along but knew she would never actually make the offer. "We’ll simply leave," she acknowledged, "and that will be the end.” For her perhaps, but for these women and those like them probably not.

How can we find relevance

I would normally not selected this book for leisure reading but it was selected by a new book group I’ve joined. As I listened I struggled to find relevance to my own life which was as a single mom with 2 daughters not having any in-home help. I found myself annoyed with her complaining but as her story progressed I did find relevance as a career woman who was dependent upon outside care. I related to the natural behavior of drawing a line between “the job of childcare provider” and understanding their lives. It is a good read and all of us can find understanding and relevance even when we haven’t lived abroad or needed/able to hire in-home care.

I definitely struggled to finish this book. There was no big revelation at the end.