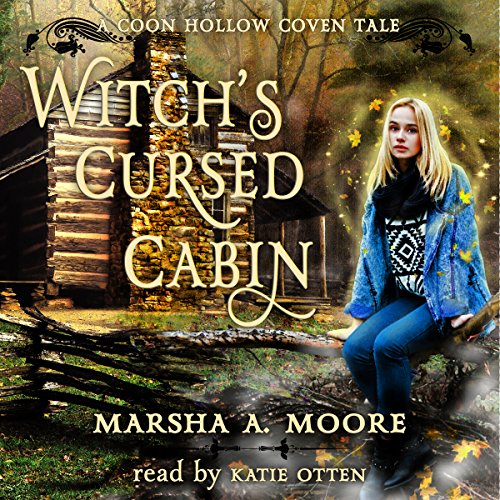 Eager to be on her own away from home, 20-year-old Aggie Anders accepts a relative's invitation to live in Coon Hollow Coven. Although she's a witch from a different coven, what locals say about the Hollow confuses her. How can witchcraft there live and breathe through souls of the dead?

Aggie's new residence in this strange southern Indiana world is a deserted homestead cabin. The property's carriage house serves as the coven's haunted Halloween fundraiser. It's a great opportunity for her to make new friends, especially with the coven's sexy new High Priest Logan.

But living in the homestead also brings Aggie enemies. Outsiders aren't welcome. A cantankerous, old neighbor tries to frighten her off by warning her that the homestead is cursed. Local witches who practice black magic attempt to use their evil to drive Aggie away and rid their coven of her unusual powers as a sun witch.

Determined to stay and fit in, Aggie discovers not only that the cabin is cursed, but she alone is destined to break the curse before moonrise on Samhain. If she fails, neither the living nor the dead will be safe.

A note to listeners: the books of this series are written to be heard in any order. The series is about one community, and its residents may pass in and out of various books, but each book has its own unique and special story to be told.

This is the first book I will be returning!

It is hard to get past the poor performance of the narrator. There was only one rating, which was 5 stars. It makes me wonder if it was a legitimate rating.