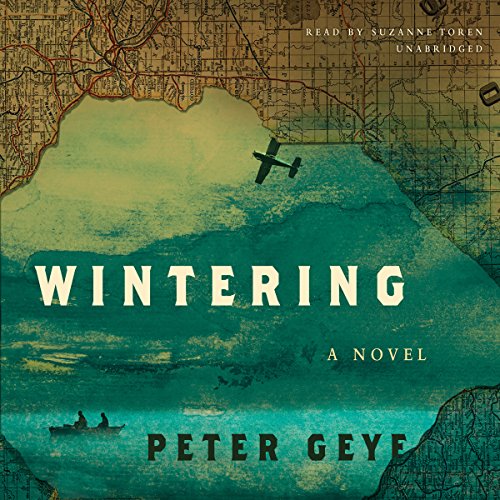 A highly acclaimed novelist now gives us a true epic: a love story that spans 60 years, generations' worth of feuds, and secrets withheld and revealed.

The two principal stories at play in Wintering are bound together when the elderly, demented Harry Eide escapes his sickbed and vanishes into the forbidding, northernmost wilderness that surrounds the town of Gunflint, Minnesota - instantly changing the Eide family, and many other lives, forever. He'd done this once before, more than 30 years earlier in 1963, fleeing a crumbling marriage and bringing along Gustav, his 18-year-old son, pitching this audacious, potentially fatal scheme - winter already coming on, in these woods, on these waters - as a reenactment of the ancient voyageurs' journeys of discovery.

It's certainly something Gus has never forgotten, nor the Devil's Maw of a river, a variety of beloved (possibly fantastical) maps, the ice floes and waterfalls (neither especially appealing from a canoe), a magnificent bear, the endless portages, a magical abandoned shack, Thanksgiving and Christmas improvised at the far end of the earth, the brutal cold and sheer beauty of it all. And men hunting other men.

Now - with his father pronounced dead - Gus relates their adventure in vivid detail to Berit Lovig, who's spent much of her life waiting for Harry, her passionate conviction finally fulfilled over the last two decades. So a middle-aged man rectifying his personal history, an aging lady wrestling with her own and with the entire saga of a town and region they'd helped to form and were in turn relentlessly, unforgettably formed by.

Interesting book, if you've never experienced brutal winter in the wild this will be unbelievable

Perhaps I loved this book because I am a child of the vast white wasteland. It all seemed very authentic to me. Or perhaps I loved it because I love mysteries, but I am so tired of blood and gore. Or maybe because I'm a fool for a September love story. I hope you find lots of reasons to love it too.

This book is in a different format than the first. It is written in a conversation between two people. When listening there are no chapters. A fascinating story spanning decades. A glimpse into the life In the North. And the interconnections of the town people. One reviewer had an issue with the pronunciation of Ode - I still wonder which is the proper Norwegian pronunciation).

wow, after listening to book 1 I was so excited I even bought extra credits to get book 2. I have never done that before. The narrator doesn't even pronounce the names like the first book. I'm going to get my credit back!!!!! ugh

If you’ve ever spent any time in this part of Minnesota you will love this book.