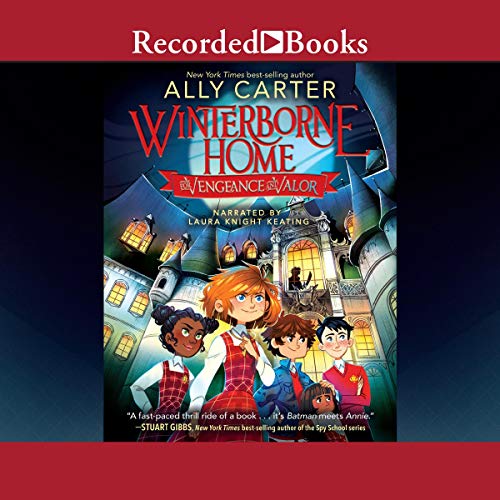 Winterborne Home for Vengeance and Valor

New York Times best-selling author Ally Carter’s middle grade debut is full of mystery, mayhem, and friendship, and it will keep you guessing until the very end.

April had absolutely no intention of becoming the only person who knows that Gabriel Winterborne, the missing-and-presumed-dead billionaire, is actually living in the basement of Winterborne House, sharpening his swords and looking for vengeance.

Now it’s up to April to keep him alive. But there’s only so much a 12-year-old girl can do, so April must turn to the other orphans for help. Together, they’ll have to unravel the riddle of a missing heir and a creepy legend, and find a secret key, before the only home they’ve ever known is lost to them forever.

this book is suspencial and if it were page turntable it would be unstoppable.

I really liked this book, I got into it and am mad that i cant read the second one yet. So I'm waiting.

wow! can not say enough about this awesome, thriller for YA. believable characters, nod to the foster care system, hero in the shadows, mystery around every corner...what more could you want? even a mostly satisfying conclusion that leaves the wanting more!