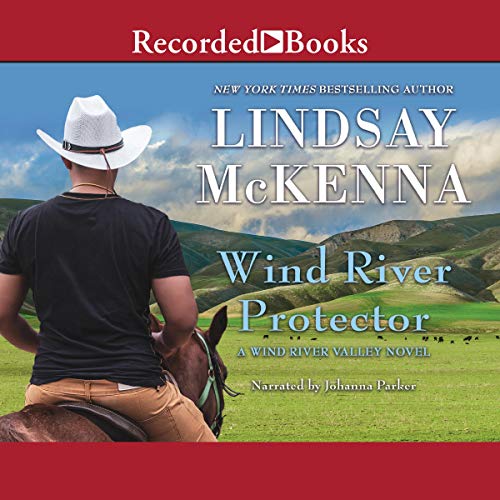 The new novel from the best-selling author of Home to Wind River.

Real love is worth every risk....

Ex-Air Force pilot Andy Whitcomb loves nothing more than the wide blue skies, but when a helicopter crash fighting forest fires in California leaves her injured and shaken, she's ready to return home to the peace of Wind River Ranch. The good news is, there's a chance for her to fly helos for the county sheriff's department. The bad news? The person in charge is none other than Dev Mitchell, an ex-Army Black Hawk pilot - and the rugged, sharp-eyed man Andy has never forgotten after five days together running from the Taliban after a nerve-wracking near-miss in Afghanistan.

Dev can't believe his eyes when Andy walks into the interview. She's as strong and sexy as he remembers, and every bit qualified for the job, which she clearly wants. Unfortunately, if he's going to be her boss, their relationship has to remain strictly professional - a regret Dev fights to keep hidden as they begin to work together. But when a chance encounter with violent drug traffickers forces them into survival mode, both of them will fight to hold on to the connection they can't ignore - and the chance of a future together.

Too much abandonment drama

Although I like Lindsay McKenna generally, this book is not my favorite. I like strong female characters and military stories combined with romance. In this story Andy, the female lead,was abandoned at birth and raised by deeply loving and strong parents. Yet she is consumed with issues of abandonment. As the mom of an adopted daughter who is also strong and confident I just found Andy’s issues very in conflict with her upbringing. Yes, many adopted children deal with abandonment. But for this strong character with her strong and loving upbringing since infancy to be so damaged by her abandonment seemed both unrealistic and annoying, and negated her adoptive parents influence. I’m also not a huge fan of the somewhat breathy narration.

such an endearing book, a little more graph sexually and the night but the story is so sweet.

I couldn't listen to the whole audio book. First this is not one of Linda's best. The fact that the narrator spoke in a monotone that kind of dropped off at the end of every sentence just killed any desire to listen to this book. ug

the way it was pressented boars you to sleep.could set through the entire thing...nap time

I almost returned this book.

The story was ok, but, I could barley stand the narrator, I hope the author finds different narrator for her next book.