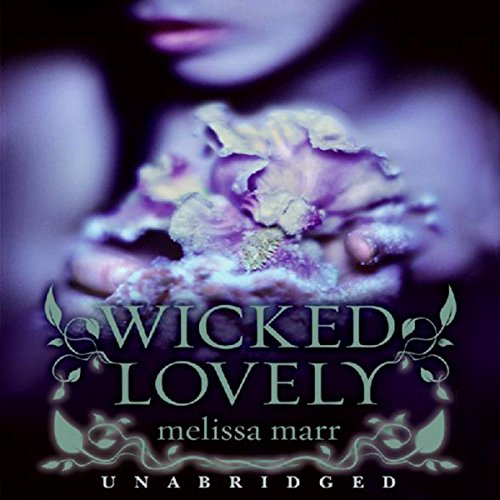 Aislinn has always seen faeries. Powerful and dangerous, they walk hidden in the mortal world. Aislinn fears their cruelty - especially if they learn of her Sight - and wishes she were as blind to their presence as other teens.

Now faeries are stalking her. One of them, Keenan, who is equal parts terrifying and alluring, is trying to talk to her, asking questions Aislinn is afraid to answer.

Rule #1: Don't ever attract their attention.

But it's too late. Keenan is the Summer King who has sought his queen for nine centuries. Without her, summer itself will perish. He is determined that Aislinn will become the Summer Queen at any cost - regardless of her plans or desires.

Suddenly, none of the rules that have kept Aislinn safe are working anymore, and everything is on the line: her freedom; her best friend, Seth; her life; everything.

A fully imagined faery world which even non-fantasy (or faerie) lovers will want to delve into." ( Publishers Weekly)
"The fantasy of being pursued by two young men is alluring in itself, but when one is a pierced and tattooed sexy outsider and the other is a blindingly beautiful King of Faery, how much better can it get?" ( The Washington Post's Book World)

I found this really entertaining and I fell in love with the main characters Aislinn and her love Seth. Just a refreshing twist on the world of Fey.

Well, I certainly liked it!

I am an adult who listened to this book to preview it for my pre-teen daughter. Now we're both going to read/listen to the whole series.

This series is awesome, each book is a treat, hard to not listen to it ALL THE TIME! You will love it.

This book was GREAT! The narrator was great, the storyline was awesome, and it had some twists you don't see coming. You couldn't help but love the heroine. She is strong, clever, and doesn't let anyone push her around. Her characters were very believable and were more real because of their flaws. I would definitely recommend this book.

I love this book, not the narrator

The Wicked Lovely series is one of my favourites because of the way that the fae are described. The story is fun and interesting, with bits of fae lore tied in that make the imagination work hard. The narrator was a bit...pretentious sounding to me. I don't know how to describe it really. Her voice didn't fit well with the subject matter and I found myself focusing more on her voice than the story.

Spit out the gum!

Good story and I really wish the narrator could have, at least, done a passing job at telling it. If you can get past the smacking of the gum and sucking sounds, you might get through this book.

The best feature of this book is that it's far less predictable than you'd think. The story is good, but I found it to be slightly too teenage angsty/ fairy tale-like for an old fart like me.

I didn’t love it

The story itself was fine. It felt a bit rushed toward the end, so I didn’t feel as satisfied as I loved.
The narrator’s voice is fine, but not fitting to the main character in my opinion. She sounds more regal than a modern day teenager should.
I’m going to try reading it to see if that makes it better.

All over the place

Struggled to finish book one, thought the second would get better, even harder to finish. The story took a long time to climax and it's over in a minute. Never really goes in the direction you're hoping for. I found them hard to keep up with and hard to stick with.

I always thought as fairy's as creatures at the bottom of your garden,but in this wicked offering the world of fairy is anything but sweet and gentle in fact these mischief's and some times cruel foke make our heroins life a misery . I found this refreshing and quietly strong in it's narrative,something of which I found quit likeable I never thought I'd like a book about fairy's but I did and this led me to other novels that I have also enjoyed so,for a good heroin who finds her true self and a bunch of pissed of far foke I say go crazy.