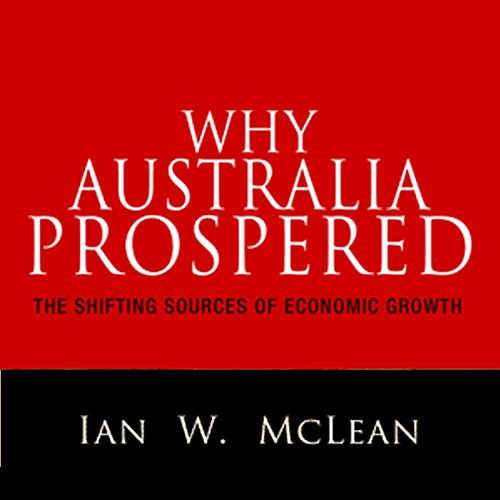 This book is the first comprehensive account of how Australia attained the world's highest living standards within a few decades of European settlement, and how the nation has sustained an enviable level of income to the present. Beginning with the Aboriginal economy at the end of the 18th century, Ian McLean argues that Australia's remarkable prosperity across nearly two centuries was reached and maintained by several shifting factors. These included imperial policies, favorable demographic characteristics, natural resource abundance, institutional adaptability and innovation, and growth-enhancing policy responses to major economic shocks, such as war, depression, and resource discoveries.

Natural resource abundance in Australia played a prominent role in some periods and faded during others, but overall, and contrary to the conventional view of economists, it was a blessing rather than a curse. McLean shows that Australia's location was not a hindrance when the international economy was centered in the North Atlantic, and became a positive influence following Asia's modernization. Participation in the world trading system, when it flourished, brought significant benefits, and during the interwar period when it did not, Australia's protection of domestic manufacturing did not significantly stall growth. McLean also considers how the country's notorious origins as a convict settlement positively influenced early productivity levels, and how British imperial policies enhanced prosperity during the colonial period. He looks at Australia's recent resource-based prosperity in historical perspective, and reveals striking elements of continuity that have underpinned the evolution of the country's economy since the 19th century.