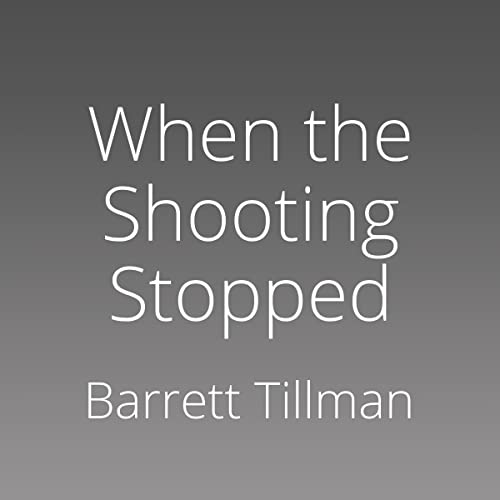 When the Shooting Stopped

In the forty-four months between December 1941 and August 1945, the Pacific Theater absorbed the attention of the American nation and military longer than any other. After the Japanese attack on Pearl Harbor, the U.S. especially was committed to confronting Tokyo as a matter of urgent priority.

But from Oahu to Tokyo was a long, sanguinary slog, averaging an advance of just three miles per day. The stunning announcements of atomic bombs on Hiroshima and Nagasaki on August 6 and 9 seemed sure to force Tokyo over the tipping point since the Allies' surrender demand from Potsdam, Germany, in July. What few understood was the vast gap in the cultural ethos of East and West at that time. In fact, most of the Japanese cabinet refused to surrender and vicious dogfights were still waged in the skies above Japan.

This fascinating new history tells the dramatic story of the final weeks of the war, detailing the last brutal battles on air, land, and sea with evocative first-hand accounts from pilots and sailors caught up in these extraordinary events. When the Shooting Stopped retells these dramatic events, drawing on accounts from all sides to relive the days when the war finally ended and the world was forever changed.

When the Shooting Stopped

A very interesting perspective on the closing of the war in the Pacific.

The author provided uniquely detailed descriptions of actions of servicemen of all levels, and events I have not read in other accounts.

Definitely worth the read for those interested in WWII.