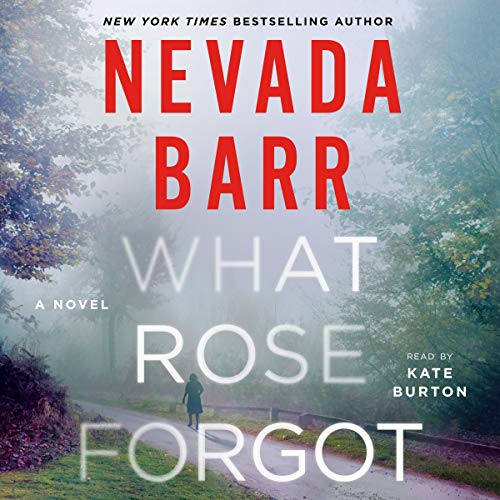 In New York Times best-selling author Nevada Barr's gripping stand-alone, a grandmother in her 60s emerges from a mental fog to find she's trapped in her worst nightmare.

Rose Dennis wakes up in a hospital gown, her brain in a fog, only to discover that she's been committed to an Alzheimer's unit in a nursing home. With no memory of how she ended up in this position, Rose is sure something is very wrong. When she overhears one of the administrators saying about her that she's "not making it through the week", Rose is convinced that if she's to survive, she has to get out of the nursing home. She avoids taking her medication, putting on a show for the aides, then stages her escape.

The only problem is - how does she convince anyone that she's not actually demented? Her relatives were the ones to commit her, all the legal papers were drawn up, the authorities are on the side of the nursing home, and even she isn't sure she sounds completely sane. But any lingering doubt Rose herself might have had is erased when a would-be killer shows up in her house in the middle of the night. Now, Rose knows someone is determined to get rid of her.

With the help of her computer hacker/recluse sister, Marion, 13-year-old granddaughter Mel, and Mel's friend Royal, Rose begins to gather her strength and fight back - to find out who is after her and take back control of her own life. But someone out there is still determined to kill Rose, and they're holding all the cards.

I thought I might like this story.....little did I know I would love it. I listen to a look of Audibles, and how refreshing this was. No serial killers, no kidnapped or dead children and no husbands and wives who hate each other. Rose and her granddaughter Mel are fascinating and humorous. There is suspense and excitement, an all around wonderful story, and a mystery to be solved. I really recommend this highly!

At last a heroine of a certain age in a kick butt thriller. This book is definitely not a cozy. I loved it.

A new heroine with the same feistiness and dry wit as Anna Pigeon. Great job!

The was a great page turner. I could not stop reading! Kept me guessing until the very end. A definite recommendation!

This was a fun listen. I would give it more stars but I found the political references annoying. These references could easily be left out not effecting the story line.

Don't get this book if you want the intense drama of the Anna Pigeon books. I love those books, too. And, thus, Nevada Barr. So I got this book and I'm totally surprised. It's a mystery, but not a thriller. Nothing intense about this one, and little drama. It puts a lighthearted, campy face on a serious issue - the elderly and elderly abuse and crooked nursing homes. Rose is 68 and full of life and humor. Her granddaughter, Mel, is unlike so many of the teens today--she loves her grandmother Rose and loves spending time with her. They definitely click. Pay attention - there are a lot of comments that are so funny you'll laugh outloud. So get the book. Expect humor, a serious subject, great narration by Kate Burton. Except, Kate Burton, keep the same accent throughout the book. I'm torn as to whether the characters have a Maine, North Carolina, or no accent. They kept switching. And Nevada Barr, most of your readers don't care about your political leanings. Get over yourself and write a book, not a political essay. I know, I know, your book, your rules, but guess who has made you rich? The politicians you love or your readers?

It started slow and was very depressing but then picked up. The premise behind the plot was realistic but the antics of the main character were far fetched.

a pleasant read (except for the Trump bashing, for which I came that close to (holds up 2 almost touching fingers) returning this book. Interesting story lines. Not one I could NOT put down, (that would have been a 5) but I did look forward to picking it back up. Good narration.

Gotta read this is you are Buddhist😂

Horrible book. So very boring This was . So painfully difficult to listen to. I kept it because I listened to so much of it waiting for the story to go somewhere. Never did.