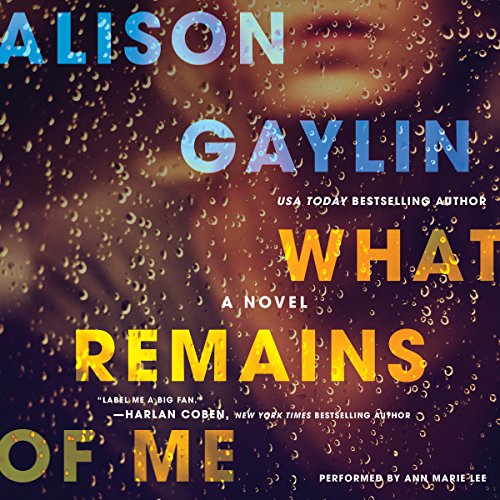 What Remains of Me

The USA Today best-selling author of the Brenna Spector series returns with her most ambitious book to date, a spellbinding novel of psychological suspense, set in the glamorous, wealthy world of Hollywood - a darkly imaginative and atmospheric tale of revenge and betrayal, presumed guilt and innocence lost, dirty secrets and family ties, reminiscent of the best sellers of Laura Lippman, Gillian Flynn, and Harlan Coben.

Nobody's perfect. Everybody's got a drawer somewhere with something hidden in it.

On June 28, 1980 - the hottest night of the year - Kelly Michelle Lund shoots and kills Oscar-nominated director John McFadden at a party in his home...and instantly becomes a media sensation, her chilling smile fodder for national nightmares. For years speculation swirls over the enigmatic 17-year-old's motives, information she's refused to share. Convicted of the murder, she loses her youth and her freedom - but keeps her secrets to herself.

Thirty years later - and five years after her release from prison - the past has come back to haunt Kelly. Her father-in-law, movie legend Sterling Marshall, is found in a pool of blood in his home in the Hollywood Hills - dead from a shot to the head, just like his old friend, John McFadden.

Once again Kelly is suspected of the high-profile murder. But this time she's got some unexpected allies who believe she's innocent - of both killings - and want to help her clear her name. But is she?

Written with masterful precision and control, What Remains of Me brilliantly moves forward and back in time, playing out the murders side by side - interweaving subtle connections and peeling away layers of events to reveal the shocking truth.

Ce que les auditeurs disent de What Remains of Me

the author takes you by the hand and litteralty pulls you through the book. So many questions and so many possibilities but only one true answer. in short the book was phenomenal!
The reader of the book did a fantastic job was hard to stop listening at times. Just one more chapter of say as I continued to ignore the world.
definitely a book you don't want to pass up!

The beginning of the book is rather slow and the narrator sounded a little flat. At first I couldn't connect with the characters especially the protagonist. However, I urge the reader or listener to give this book a chance. This is a very well thought-out novel- every detail carefully inserted in the story giving it purpose. Everything comes together towards the end and all questions are answered. The narrator begins to take more form as the story unravels. Alison Gaylin did a remarkable job on this book! I give this it five stars!

I understand that reviews are just an opinion. I usually read them before I read a book to decide whether or not I have any interest. I say this because I think there is something wrong with me. I typically only read a book with a 4 or above rating. Depending on the source, this book was between 3.97 – 4.5. This book really sounded like it would be good.

This book was listed as a Psychological Thriller. An adult psychological thriller. For me this was more of a young-adult story. Or maybe an adult book but written from the perspective of a teen. I’ve finished the book but I guess I missed the psychological part, there was no thrill. Either way, it was bad.

Authors and publishers really need to reconsider whom they have narrate their stories. It really makes a difference in the way the book is received. Fortunately, I was able to obtain the book in audio and kindle. It if wasn’t for the kindle version I would not have finished it. Bad story and Bad narration is too much for me.

WHAT REMAINS OF ME

I was looking forward to listening to this book and was very disappointed with the outcome. The story had too much extraneous information that was not needed, the main character had no depth, and her friends etc. didn't help the situation. Don't waste your CREDIT!!!

This was my first Alison Gaylin books and I'm definitely a fan. This book was so much fun to listen to even tho it's a murder story, not a comedy. I loved the range in characters from young reckless teens to cheating 40 somethings. The story goes back and forth from present to 30 years earlier and this is done well. Lots of crimes, lots of twists, and lots of pure entertainment.

way over the top ending

boooo. invested to much time in highly implausible ending. pass. performance was fine though. sigh.