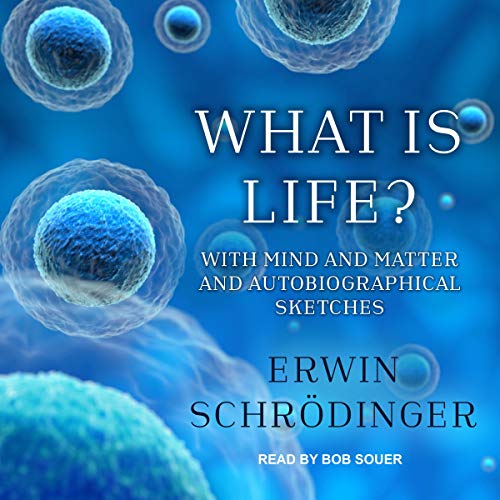 Nobel laureate Erwin Schrödinger's What is Life? is one of the great science classics of the 20th century. A distinguished physicist's exploration of the question which lies at the heart of biology, it was written for the layman but proved one of the spurs to the birth of molecular biology and the subsequent discovery of the structure of DNA. The philosopher Karl Popper hailed it as a "beautiful and important book" by "a great man to whom I owe a personal debt for many exciting discussions."

It appears here together with "Mind and Matter", his essay investigating a relationship which has eluded and puzzled philosophers since the earliest times. Schrödinger asks what place consciousness occupies in the evolution of life and what part the state of development of the human mind plays in moral questions.

Brought together with these two classics are Schrödinger's autobiographical sketches. They offer a fascinating fragmentary account of his life as a background to his scientific writings, making this volume a valuable addition to the shelves of scientist and layman alike.

An extraordinary look at life by a Physicist

One needs to read this book in context. Erwin Schrodinger was an Austrian physicist who won the Nobel Prize for his discovery of quantum wave theory in 1934 and was a pioneer of Quantum Theory.

This is not only a unique book because it shows biology and the complexity of Life through the eyes of a quantum physicist, but also through the inquisitive and rigorous lens of a theorist.

It is no wonder that this book was an inspiration to many prominent scientist of late 20th and early 21st century.

Fascinating in its explanation of life as an extension of chemistry and physics one cannot but be amazed at the collaboration of molecules in a symphony creating cells the basic building blocks of life.

This is mandatory reading for all scientists, and a true treasure in insightful critical thinking across many fields.

A rare and valued find

This book was published 2 mo before I was born almost 75 years ago. it's amazing how a great mind can make such accurate observations before Watson and Crick'. You'll find this confirmed in 'A Crack in Creation' by Doudna