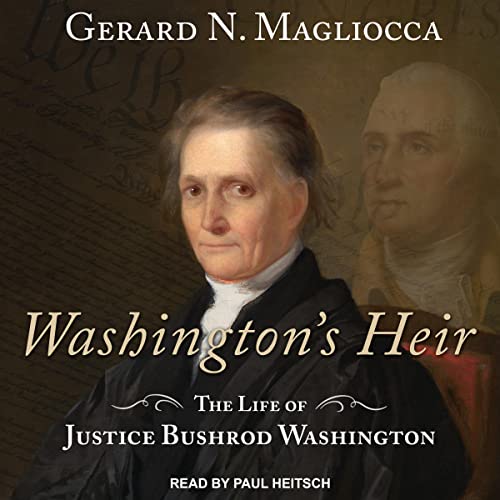 In Washington's Heir, Gerard N. Magliocca gives us the first published biography of Bushrod Washington, one of the most underrated Founding Fathers. Born in 1762, Justice Washington fought in the Revolutionary War, served in Virginia's ratifying convention for the Constitution, and was Chief Justice John Marshall's partner in establishing the authority of the Supreme Court. Though he could only see from one eye, Justice Washington wrote many landmark decisions defining the fundamental rights of citizens and the structure of the Constitution, including Corfield v. Coryell—an influential source for the Congress that proposed the Fourteenth Amendment. As George Washington's personal heir, Bushrod inherited both Mount Vernon and the family legacy of owning other people, one of whom was almost certainly his half-brother or nephew. Yet Justice Washington alone among the Founders was criticized by journalists for selling enslaved people and, in turn, issued a public defense of his actions that laid bare the hypocrisy and cruelty of slavery.