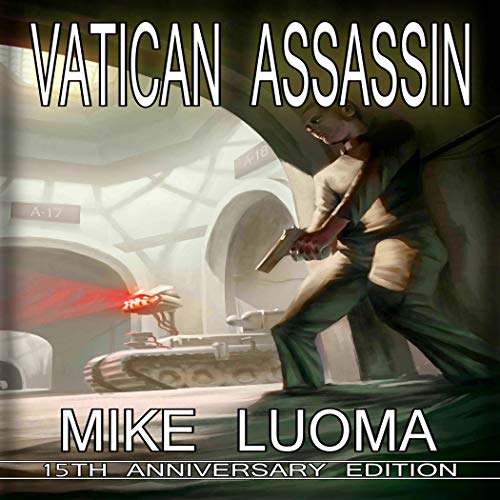 BC isn't much of a priest. Didn't go to Seminary. Doesn't like to be called "Father". Never even said Mass. Because even though he wears the collar, BC is really an Assassin for The Pope of the New catholic Church!

He'll soon kill Meredith McEntyre, Governor of Lunar Prime, independent city-state on the Moon. The NcC is allied with the Universal Trade Zone (UTZ) of Earth and its Orbital Stations in the war against the Mars-based Universal Islamic Nation (UIN). Word is McEntyre has become too friendly with the UIN. Can't let the Governor give the UIN the Moon.

BC does his actual work while posing as a public relations hack, part of the Office of Papal Operations (OPO) – Sanctified Spin Doctor by day, Holy Hit Man by night. Neither he nor the Pope have any idea how completely the repercussions from this one mission will change everything!