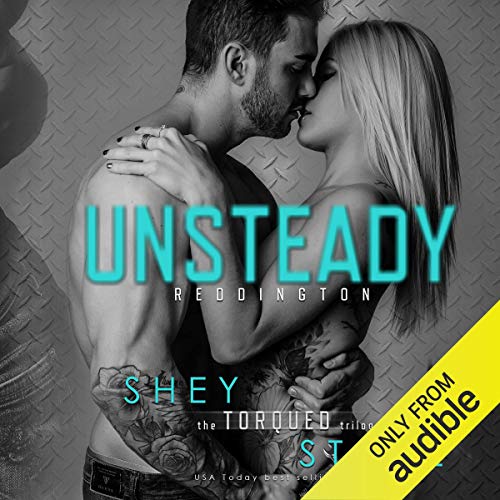 "There's parts of her that were completely untouched until my dirty hands pulled her in, marking her in all the ways she needed."

Desperate to find a new mechanic, the last thing Reddington expects is a woman to show up, let alone one with a sinful body, sharp tongue, and the inability to just do her job and not give him lip. He can't deny he's hoping to catch a view of her bent over a hood, but there's not a chance in hell that's going to happen. As much as Red wants to take her for a test drive, he knows he needs to keep his priorities straight.

"Have you heard of Newton's third law of motion? Every action has an equal and opposite reaction? It all goes back to one saying. You're able to choose but you're never free from the consequences of your actions. There's no reset, there's no takeback, there's an action, and an outcome."

After fleeing from an abusive ex, Lennon hopes the garage bays of Walker Automotive will keep her dark secrets hidden from her past. What she doesn't expect is a sexy, brooding, tattooed boss with an attitude. Neither of them can ignore their attraction as they struggle to make sense of their connection. And what happens next will no doubt be unsteady.

"I'm not going to let him hurt you anymore, Lenny. I won't let him anywhere near you."

the voice actors weren't that great, but I did love the story! Can't wait for the next one!

The story line was good. The guy narration killed the overall feel of the book. He sounded too wimpy. Felt like he was reading a children's book or teaching- just weird

What was one of the most memorable moments of Unsteady?

female narrator did a better job with the male voice

Was Unsteady worth the listening time?

I read the book first

And I loved it. I wanted to listen to it while I drive. The narration is so bad-both the male and female. I wonder if these authors listen to these narrators. Rev is suppose to be an alpha this man sounded anything but alpha, he wasn’t even a beta.

I should have read instead of listened

Doing this book by audio was probably not in my best interest. I didn't like the voicing by either narrator, and because there was a lot of inner monolog happening within the story, it was nearly impossible to distinguish between that and what was actually spoken. I did enjoy the plot, and felt the chemistry between our couple, but felt like there was too much sex talk, almost like they were horny teenagers and that was all they could think about. I'm all for the steamy scenes, the more the merrier as long as it fits within the story, but like the monologues, a lot of it was happening in their minds rather than physical interactions. Adding to that, EVERY single woman in this entire town, married and single, was hitting on Red. It just made the book feel too sex-heavy. Which is saying a lot when I read nothing but smut.

But a big plus was of the book was Nova, I felt like she added to the story, and wasn't just there as a plotpoint, which can happen sometimes with single parent book. And I'm also curious about the sister and cousin's relationship, but I'm not sure if the writing style here turned me off too much to want to pick up their book.

story had potential but left me flat. the male narrators intonation didn't work for me. really liked other books by this author

yikes. barely into the book and just can't continue. voice more appropriate for an older guy or someone like an accountant, not a macho dude. too whiney/ high pitched. like nails on a chalk board for me.

Not everyone likes the same voices...this one didn't work for me...sorry Max. I got less than 1 chapter in and shut this one down.

Too bad they picked a 57 year old man to narrate a 27 year old man’s voice. I did have read the reviews prior I would not have read. Shey Stahl wrote a very good book. The narration made it a poor audible choice.

loved the story line with this book but the guy narrator is soooo bad, almost made it hard to stick with the book and listen to it....glad I did..

Just Okay For Me

Very long winded initially. Did not enjoy Red's voice. However, enjoyed story as it continued.