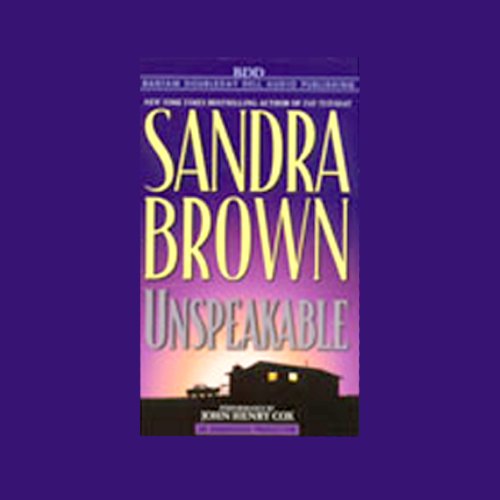 Carl Herbold enjoys being bad. After all, he is terrifyingly good at it. Stimulated by violence, he and his brother, Cecil, had easily graduated from juvenile delinquents to full-blown killers. And Carl, now serving a life sentence in an Arkansas penitentiary, carries out a daring escape with a fellow inmate and is on his way back to where he began - Blewer County, Texas.

Ann Corbett had been widowed right before her son was born. Beset by debt and personal tragedy, she faces the toughest challenge of her life - holding on to the ranch that is her son's birthright - unaware that she is at the center of Carl Herbold's vengeful plan.

Ezzy Hardge is a retired lawman who is haunted by the one crime he sacrificed everything to solve, but could not. And Jack Sawyer, a seemingly easygoing cowboy and drifter whose past is shrouded in mystery, understands Herbold's twisted mind and his hate-filled lust for vengeance.

Risking exposure of his own troubled past, Jack arrives at Anna Corbett's ranch asking for work, but in reality hoping to protect the innocent deaf woman and her young son from Herbold's rage.

Carl Herbold's prison break draws them inexorably toward a day of reckoning: Ezzy, an over-the-hill peace officer seeking redemption; Jack, a man stalked by dark secrets he can no longer outrun; and Anna, a beautiful woman locked in silence and self-imposed isolation. All must grapple with their own demons before their tumultuous confrontation with a diabolical killer.

Realistic, sharp-edged, and complex, Sandra Brown's latest work is so suspenseful it zings like a high-tension wire. Unspeakable, with its haunting images and breathtaking pace, is the best Sandra Brown yet.

I enjoyed many of Sandra's books, but this one I found to be full of depressing, twisted situations and left me feeling that only evil wins in this book. The author has a morbid fascination for detail that is a put off in my opinion. The rape and murder of a 14yr old girl does not need to be expanded in detail. Why the author thinks this will be interesting for the reader is a "mystery" to me. Also the vulgarity in this book is over done. Most of the men in this book are portrayed as so low and disgusting that it leaves me to think this is only the author's view made evident. The narrator made the child out to be an annoying little brat with a whining voice that was almost too unbearable to hear. I probably won't buy any more of her books. I rate this selection a C+ only because I couldn't wait to hear the end where I expected justice to prevail in some sick sort of way. Uhhhhg!

Excellent book! It kept me on the edge of my seat. I couldn't wait to listen to it. John Henry Cox is a wonderful storyteller. Great voice! Although, I was able to guess some of what would happen, there were so many twists and turns at the end - it kept me guessing. 14 hours is worth it!

It has been a while but I listened to this book twice and it sticks in my mind as an excellent thriller with strong characters, plot twists, and great narration. Sincerely it is one of Brown's best.

This book kept moving and kept my interest all the way through. Very interesting story. There was enough background on each character woven in to give you understanding and get to know them without being too much to get boring. I found myself not wanting to stop listening and get out of the car. I also found myself yelling at the characters at points to look out or be careful. I found myself really hating the bad guys and cheering when they got what they deserved. The ending was interesting and tied up all the questions you had through out the story. I recommend this book highly. It shoud definitely keep you entertained. There was really not much at all in this story that was predictable. Actually, quite a few unpredictable things happen throughout.

I am a fan of SB, but this one was mediocre...entertaining, but not a have to listen/read. I found myself wandering and missing part of the story, only to not miss much. The story contains several subplots that intertwine with the main plot. The deaf woman is interesting, but her son is sickening. Jack, who appers out of nowhere and has a mysterious background, is the superhero who saves the day. This story has several murders including some shocking ones that are unexpected. Seems like it is the same storyline just in a different part of the country and with accents. I am not sure if it was the narration or the story forumula of which I am tiring. There is always a prominent female character, a child(or one on the way), and 2-3 male characters. Some are extremely evil and while there is at least one with a dubious background. There is always someone on the run...blah, blah, Perhaps I need a break from SB.

Fast moving and typical of this author who knows how to keep your attention and not let the cat out of the bag.

I liked this one good story with unexpected ending. Hard to figure what would happen throughout the story so that is good, keeps you wondering.

First time I have done a review, this book is AWFUL!!I can not even make it through, the narrator is that bad.

Narration and audio ruined this book.

I gave this book three stars over all. The story was just okay. There wasn't a lot of excitement in this story. The audio was down right AWFUL. There was static and crackling throughout the entire story. The male narrator wasn't all that good. This isn't a book I will listen to again.

This book is terrible, wouldn't recommend it.

Very disappointing, after Chill Factor I thought this book would be great! boy was I wrong.. it dragged on and on... not worth the time it took to finish it..