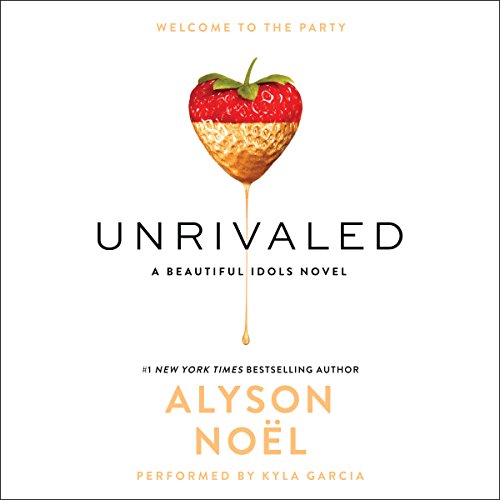 Everyone wants to be someone.

Layla Harrison wants to leave her beach-bum days for digs behind a reporter's desk. Aster Amirpour wants to scream at the next casting director who tells her "we need ethnic but not your kind of ethnic." Tommy Phillips dreams of buying a 12-string guitar and using it to shred his way back into his famous absentee dad's life.

But Madison Brooks took destiny and made it her bitch a long time ago.

She's Hollywood's hottest starlet, and the things she did to become the name on everyone's lips are merely a stain on the pavement, ground beneath her Louboutin heel.

That is, until Layla, Aster, and Tommy find themselves with VIP invites to the glamorous and gritty world of Los Angeles' nightlife and lured into a high-stakes competition where Madison Brooks is the target. Just as their hopes begin to gleam like stars through the California smog, Madison Brooks goes missing...and all of their hopes are blacked out in the haze of their lies.

Unrivaled is number-one New York Times best-selling author Alyson Noël's first book in a thrilling suspense trilogy about how our most desperate dreams can become our darkest nightmares.

Hollywood Boulevard is a place best viewed behind a pair of polarized lenses and lowered expectations.

Yet if you know where to look (and if you're fortunate enough to boast a spot on the guest list), it's an oasis of the city's hottest nightclubs - a hedonistic haven for the young, fabulous, and rich.

But there's no exiting through the gift shop if you buy a ticket to this show. Once you push past the velvet ropes and pulsing crowds, you might never escape.

This book totally held my attention from word one. Alyson Noël has done it again!!! I cannot wait to see what the next book in this series holds! Let's hope we don't have to wait any longer than we have to for it!! <fingers crossed>